Even though the Samsung Galaxy Tab S8 Ultra tablet is still a long way away from being announced, leaks about the novelty keep popping up online.

The device has been spotted in the Geekbench performance test database. The report confirms that the tablet will be powered by Qualcomm's new flagship processor paired with 8GB of RAM and Adreno 730 graphics. Incidentally, the SoC is rumored to hit the market with the name Snapdragon 8 gen1, although it was previously thought to be the Snapdragon 898. It will be announced at the Snapdragon Tech Summit event  later this month. 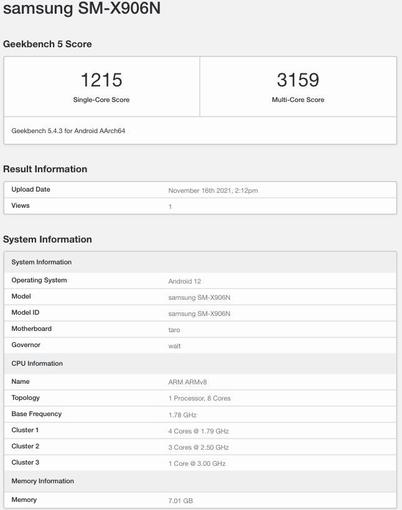 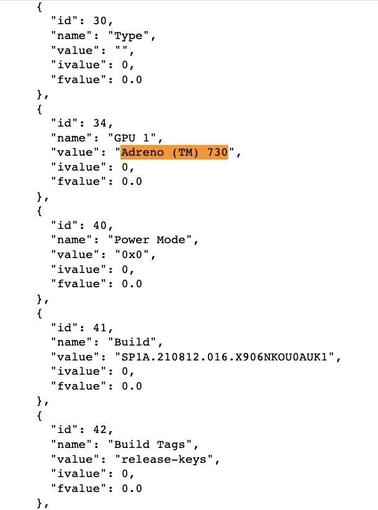 As for other specs Galaxy Tab S8 Ultra, the newcomer is credited with a 14.6-inch OLED display with a bezel of about 5.5mm, 120Hz and a cutout for the front-facing camera. Rumor has it that the display to body ratio will be 92%. The Galaxy Tab S8 Ultra will also have 128GB or 512GB ROM, a sub-screen fingerprint scanner and battery of 12000 mAh. Such a gadget should cost around $1,300 to $1,500. Its release is scheduled for the first half of 2022.

By the way, insider OnLeaks a couple of weeks ago published images of the new product.