Realme recently released its flagship smartphone GT Neo 2 in Europe, and now it is preparing the novelty for release in Ukraine.

A page with the device has already appeared in the online store Citrus. The novelty will be sold in 12/256GB modification and in two colors: Neo Black and Neo Blue. The price and launch date of the smartphone is not available yet, but, most likely, its release will be in the near future. By the way, in Europe, the price of the device in the modification 12/256 GB asked 549 euro (~16400 UAH). We can assume that the price tag will be about 18000 UAH. 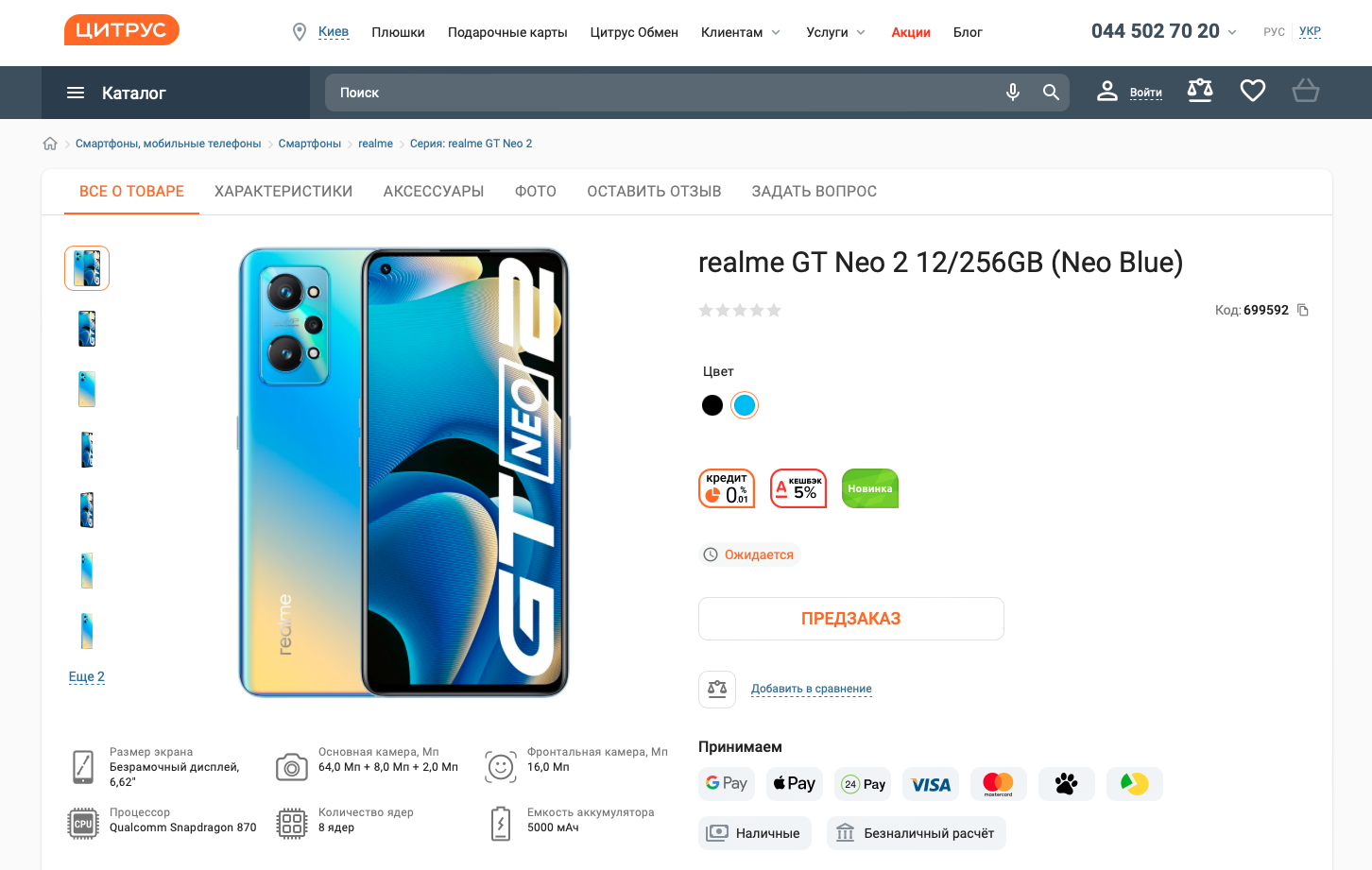 The smartphone is powered by a 5000mAh battery. It supports 65W fast charging. Out of the box, the device has the Android 12 operating system and Realme UI 3.0 proprietary shell.