Mobile version Fortnite received only a beta release, but already set a record among games for smartphones.

The marketing company Sensor Tower has published a report in which it told about the achievements of mobile Fortnite for the first four days of the beta release. During this time the game managed to collect $ 1.5 million on in-game purchases. Creation Epic Games became the second best-selling game in the App Store. 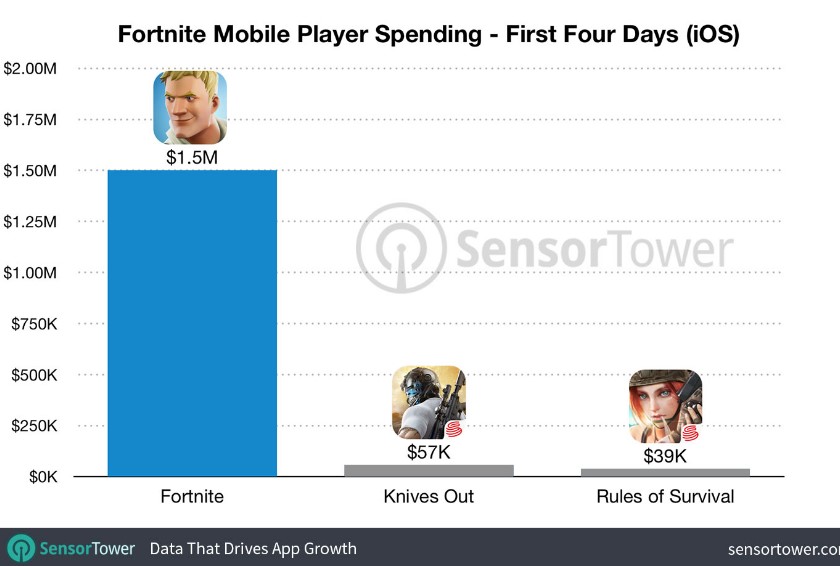 Bos Sensor Tower Randy Nelson noted that $ 1 million game was collected in the first three days from the time of release on iOS. It is worth noting that Fortnite for smartphones is available only to users who received a key to early access.

"Fortnite outperformed the Knives Out sales from NetEase and the Rules of Survival more than twice in the first four days compared to the same period after both games became monetized," Nelson said.

It is noteworthy that the mobile PlayerUnknown's Battlegrounds can not boast of similar results. A unique original Bluehole March 15 conquered the vastness of Canada, but never got into the top 10 downloads in the App Store.