Every year FiiO has traditionally updates its line-up of Hi-Fi players and simultaneously adds new models. For example, last year the flagship device X7 with interchangeable amplifiers was added. The company still does not decide on the updated models marking, we have already seen both versions of X3K, and the prefix Gen2 at the end. Experiments continue and the updated X7 and X3 are named X7 Mark II and X3 Mark III, respectively. Causes some associations with SLR cameras. The flagship has not reached us yet, and FiiO X3 Mark III has stayed in the editorial office for a while, let's talk about it! If you're not just a music fan, but also an audiobook fan, you might want to read our review about the best mp3 players for audiobooks.

What is interesting about FiiO X3 Mark III?

FiiO X3 Mark III is a portable Hi-Fi player with high-definition audio up to 24 bit/192 kHz. Supports all popular Lossless-formats, and compressed MP3 and others. There is a micro-SD connector up to 256 GB for music storage. It can be used as a USB DAC. Compared to the previous generation it changes a lot, both in design and in the software. Instead of Cirrus Logic in X3 II, a pair of DACs TI PCM5242 (as in FiiO X1 II) is now used, a balanced output and a Bluetooth module have appeared. The design is like the X1 II, in fact, the player generally perceives an advanced version of the second generation X1. In the case, is less metal, it became lighter and thinner, and the mechanical wheel was replaced by a sensory (again, as in the aforementioned X1 II).

What is in the box?

The package and set are similar to the FiiO X5 III: a white cardboard box with printing: the player's image, FiiO logo, and Hi-Res logo, plus information about the player itself. Inside, traditionally a dense textured cardboard black box with all the contents:

The package also migrated from the older FiiO X5 3rd gen. In the box: the player itself, a micro-USB cable, an adapter for coaxial output, a silicone transparent case, a second leatherette cover, two protective covers for the front panel (the third is glued already) and a standard set of papers and instructions:

Does it look pretty?

Visually the player has little in common with the FiiO X3 II: except the wheel and four buttons from it on the front panel's corners. At the front, the new FiiO X3 Mark III almost exactly copies the FiiO X1 II, the front panel is black (regardless of the case's color), completely covered with a protective glass. At the top is the display below is the controls: touchscreen scroll wheel (controversial decision, I liked mechanical more), inscribed in it button. In the corners are the buttons to call the menu, return to one level and switch the tracks, with which you can navigate to the menu, I used it instead of the wheel. In the lower part is a light-emitting diode that glows blue while working and red while charging:

On the player's perimeter is a metallic silver frame with distinct angles (shape X1 II slightly more streamlined). All connectors are placed on the bottom end: a 3.5-mm standard (also linear and coaxial) and 2.5-mm balanced headphone and micro-USB connectors for charging, synchronizing and using the player as a USB DAC. USB Type-C is still not seen, it's a pity. Apparently, that will appear after the updated dock's release and other accessories:

On the left side is a memory card slot with no plugs, the so-called "multifunction" button (although it is actually used as a Play/Pause), a volume rocker and a power button with a red border:

On the top and right ends is nothing interesting:

Most of the back cover is made of metal, in our case black one. The player will be available in the red version, there will be a red frame around the perimeter. In the upper part is the FiiO logo, even higher is a small plastic insert for the adequate work of the Bluetooth-module. At the bottom are all technical information and a sticker with the Hi-Res logo.

FiiO has never had problems with the materials and assembly quality, which confirms my first generation FiiO X3 survived much for 4 years and still feels great. FiiO X3 Mark III continues this good tradition. As for design, it's difficult to judge for me, it's still the pure and simple judgment call. On the one hand, the player became lighter and thinner than the X3 II, and on the other, the predecessor looked more monolithic and brutal, which I like more. In the kit are two covers: in silicone, all controls are available, even for the rear logo the cutout is made. It is well fitted and has good size:

The leatherette cover looks more representative and all controls are also available. Only the micro-SD card slot is closed, although I do not think it's critically:

Is it easy to use?

The layout and control logic are similar to the previous generation X3 and X1 II. Using the touch wheel is a controversial decision, I still could not get used to it. If wished, you can adjust its sensitivity. Well, okay, once set up and forgot, the main thing is that there are hardware playback control buttons and they are identified with no problems by touch so that "blind" control in your pocket is not a problem at all:

On the side, is a power button, a volume rocker (also easy and error-free in your pocket) and a round Play/Pause button, which you can also use to switch playlists, switch themes and turn on the equalizer. In practice, I have never used it:

The player is not yet on sale and the firmware is still sloppy, sometimes there are some small nuances such as the chewing starting tracks or problems with the covers' loading. Well, this is all comparative: FiiO with updates will surely correct these minor flaws. The question is slightly different: FiiO with "buttons" interface has remained virtually unchanged since the first generation X5. Yes, there are minor improvements, something redrawn, but the overall structure and logic remained the same. Someone likes it, some do not. On the playback screen, all the necessary information is displayed, starting with the tracks titles, artists, covers and ending with the volume level, charge and progress slider. There are playlists, browser by folder and playback settings and the player itself. There are standard playback modes, the ability to play without pauses, the amplifying mode choice, the buttons locking and so on:

How does it sound?

I'll remind you that there are two PCM5242 DACs inside (same ones as in X1 II) but it has the integral amplification: the low-frequency filter OPA2140 and the operational amplifier OPA1622 are used. The player was used with the headphones T-Peos H-300, Sony MDR-7506, Whizzer A15 and Sennheiser HD 215 (that is our potluck). Expect super-detailed sound from a Hi-Fi player in the category up to $200 is silly and should be evaluated with the price category taken into account. In general, the player sounds musically, with the drive, the character itself is closer to the light sound and with some high-frequency headphones can be too annoying. Although, again, a judgment call, but, as practice showed, there are really a lot HF-fobs. Low frequencies are sufficient, with good dynamics and development (again, given the price range), although the attenuations are slightly blurred, which does not have the best effect on detail. The middle frequencies are neutral, they sound pretty vividly, although the ultra-high speed, width, detail, and distinctness should not be expected, just like all competitors in the price range. The separation of musical instruments at a very good level. One very significant advantage of both the overview hero and the players of this price category is they tolerate not very high-quality recordings and are omnivorous in terms of styles. In general, FiiO X3 Mark III sound is one of the most interesting options in its segment, but with some reservations on personal preferences.

What are the competitors?

I'll try in a few words to answer some questions are likely to arise with potential buyers. Is it worth changing the FiiO X3 II to Mark III? I would not change: Bluetooth we have in the smartphone, and the balanced output is still useful for a higher price range of both the players and the corresponding headphones. A similar situation with profit compared to FiiO X1 II. If there was a desire to choose (and buy) the first Hi-Fi player, the FiiO X3 Mark III is definitely an interesting and worthy candidate. The closest competitors are, perhaps, Cayin N3 and Shanling M2s. And again, it's a judgment call: FiiO X3 Mark III sounds clearly lighter (I like this sound more to taste). Functionally, Cayin N3 and Shanling M2s are more interesting: the control is more convenient, the interface is much faster, plus there is HiBy Link support: the ability to control playback from the smartphone is described in detail in the Cayin N3 review.

What about the battery?

The player has a 3.7V 2350 mAh Li-Polymer battery, promises up to 10 hours of battery life. I listened to the player mainly on the wire (without Bluetooth), approximately so it turns out. It is quite a standard indicator as for its class of devices.

The FiiO X3 Mark III does not feel like a revolutionary upgrade, but rather a cosmetic lift and the Bluetooth's addition and a balanced output as a certain trend in Hi-Fi players. The player is an interesting offer for those who decided to get their first Hi-Fi player and are not yet ready to spend a lot of money on top devices. FiiO X3 Mark III can provide high-quality sound (for its cost), although not for anyone's taste and obviously, not everyone will like. It is packed in a compact, cute and comfortable case that does not pull your pocket and is equipped with convenient control buttons that allow you to control playback right in your pocket. At the same time, the interface is still not the most convenient and smart: there are competitors more convenient and functional.

2 reasons not to buy the FiiO X3 Mark III:

FiiO X3 is considered an outdated model, but FiiO has some new ones that you might be interested in: 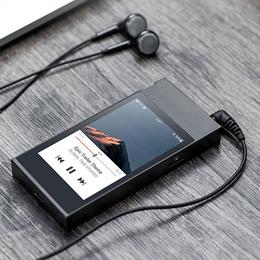 This one is a cheaper model with aluminium unibody case, front tempered glass with 2-inch IPS display and a block of touch control buttons. FiiO M3K is equipped with AK4376A DAC, that supports up to 384kHz / 32bit for WAV files, 192kHz / 24bit for FLAC and DSD64. Player does not have internal memory, but supports microSD cards up to 512 GB. 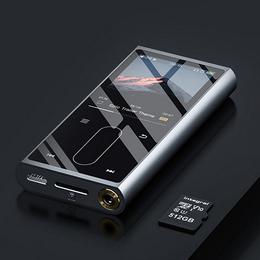 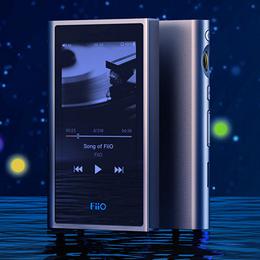