A computer with a guaranteed performance reserve for five years will require an investment of at least 2000 dollars. But it will allow to survive painlessly the change of console generations, which is usually accompanied by a sharp jump in system requirements for games, including PCs. AMD's flagship processor with 16 cores and 32 threads is designed primarily for professional work. Therefore, for games it is better to limit Ryzen with configuration 8 - 16, the main thing that the architecture was progressive Zen 3. And here is a video card is better to take, as they say, for all the money - Radeon RX 6900 XT or its slightly updated version 6950. Memory, drives, cooling and power supply - also with a reserve for years.

Reasons to buy: 8 cores and 16 threads, high performance per core thanks to Zen 3 architecture, large 32 MB cache, PCIe 4.0 support.
Reasons not to buy: If you need processor necessarily with iGPU.

AMD Ryzen 7 5700X - updated, or rather slightly overclocked at the factory modification of the original Ryzen 7 5700 (not to be confused with 5700G with integrated graphics, but some simplifications of the CPU part). The new 5700X, on the other hand, is almost equal in performance to the even higher-frequency 5800X (which in turn was replaced by the 5800X3D), and costs the same or even slightly cheaper than the old 5700. At the moment, it is the 5700X that is the most affordable 8-core and 16-threaded chip on the market.

Kudos to AMD for continuing to refresh the AM4 lineup despite the imminent release of the Ryzen 7000 for the new AM5 socket and DDR5 RAM. It supports a fast PCIe 4.0 bus for graphics cards and SSDs. And it's all on progressive 7nm processor, so the Ryzen 7 5700X stacks up to a moderate TDP of 65W. However, if you have a motherboard with a powerful VRM, you can experiment with overclocking by increasing the power limit. Next, the clever Precision Boost Overdrive auto overclocking technology will do everything for you. 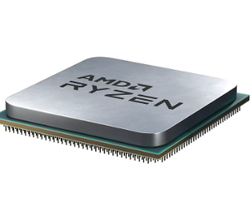 Reasons to buy: 240mm waterblock, dual impeller pump inside, EBR bearing fans, compatibility with latest socket.
Reasons not to buy: If you are a diehard air supporter.

The Zalman Reserator5 Z24 is a water cooling system for the CPU, more specifically liquid cooling (it's not water that circulates inside, but liquid refrigerant). Made in the most popular size 240 mm, that is equipped with two 12 cm fans. No problem to fit into most computer cases, both on the top and the front panel. Externally the pump is equipped with RGB backlight that can be adjusted by means of Z-Sync application.

Inside the pump, there are two impellers at once, for a more even distribution of fluid through the microchannels. This allows the pump to run at a record low 1000 rpm when the PC is idle. And even at maximum CPU load, it only accelerates to a moderate 2100 rpm. Most competitors buzz at all 3000+. And the external fans are built with EBR bearings with an extended lifespan of up to 50,000 hours. Compatibility with the latest 12th and 13th generation Intel Core processors is provided. 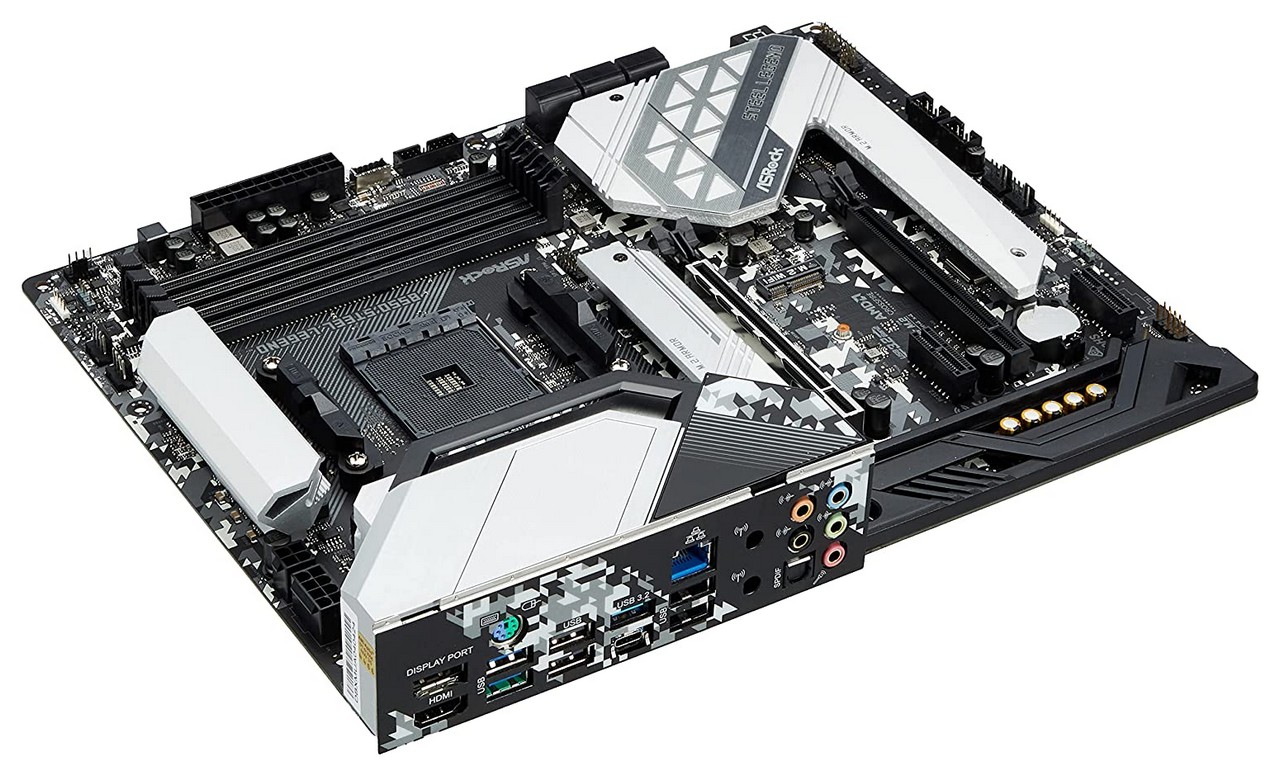 The ASRock B550 Steel Legend is a full-size ATX motherboard with seven expansion slots: two x16 graphics card, two shortened x1, two M.2 for SSDs and one skipped, because it was still being nakedly covered by a two-slot graphics card. One x16 and M.2 each work via a fast PCIe 4.0 bus, a credit to AMD's B550 chipset. It is compatible with Ryzen 5000, 4000 and 3000-series processors, except only 3000G. VRM power subsystem is made reinforced 14-phase.

The interface panel cover and chipset heatsink are decorated with Polychrome synchronous backlight. Also there are two RGB and ARBB connectors each for case fans and extra power for cooling pump. The top video card slot is reinforced with metal to withstand even a weighty flagship GPU, though it's still better to use a prop. The networking subsystem is represented by Realtek Dragon LAN 2.5Gbps, and the sound subsystem is 7.1-channel Realtek ALC1220 with gold-plated Japanese capacitors and high impedance headphone amplifier. 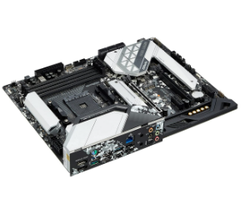 The Viper Elite II DDR4 is the junior series of RAM from the gamer brand Viper, which is owned by American company Patriot Memory. At the same time, it can give a head start to many older models from other manufacturers. For example, instead of thin "foil" they use really thick aluminum radiators with variegated red color. If anyone thinks that the RAM is weak, first of all I didn't overclock it manually by increasing the supply voltage.

And secondly, I did not use RAM as the video memory of the integrated graphics gas pedal. The Viper Elite II DDR4 range is very wide: it starts with a single 4GB 2666MHz slab and ends with a pair of 2x16GB 4000MHz kits. The timings may not be record low, CL20-26-26-46 at 1.4V. But still much lower than what the motherboard would have set automatically, if the memory modules had not had the factory overclocking profile XMP programmed in. 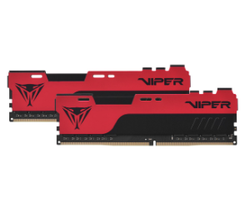 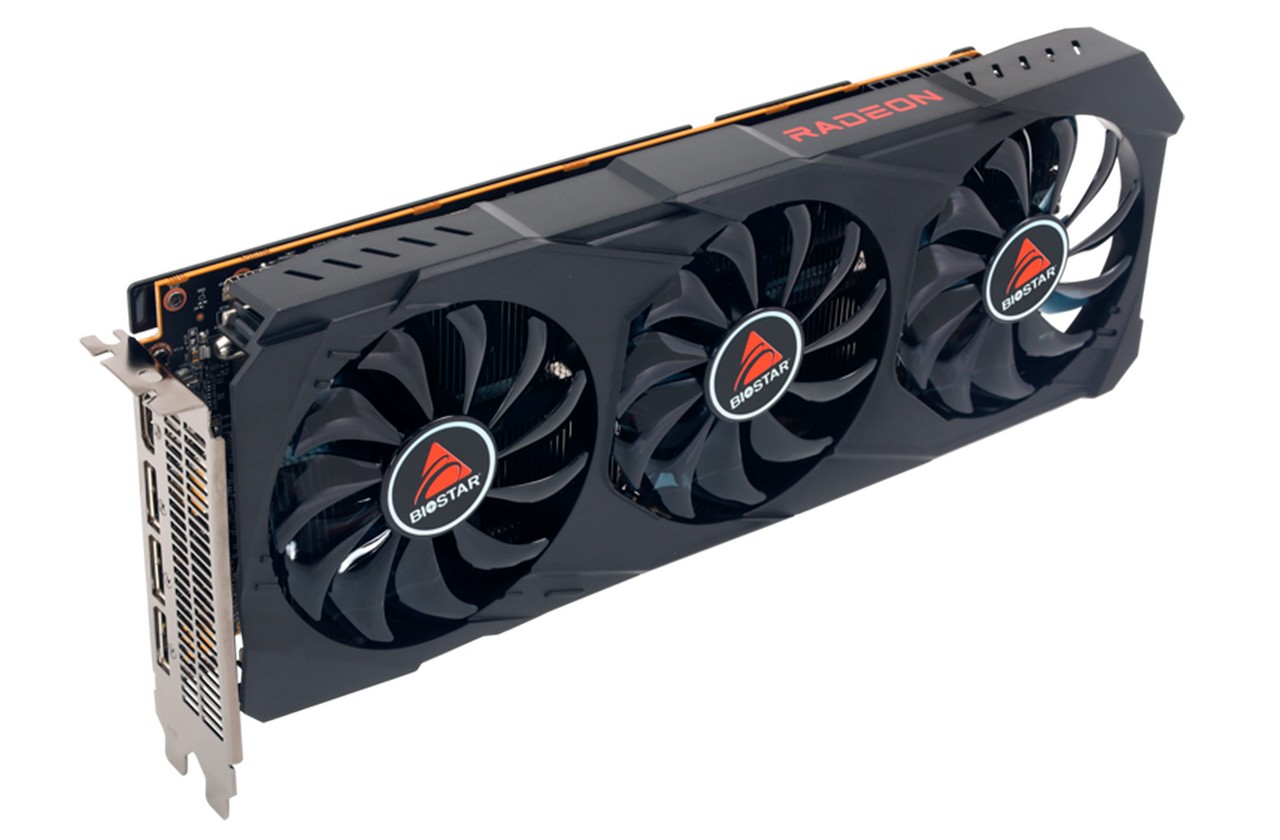 Biostar Radeon RX 6900 XT is AMD's flagship graphics card on RDNA 2 architecture and will remain so until the 7000-series is released on RDNA 3. Whereas slightly updated RX 6950 XT has only slightly noticeable factory overclocking. It has as much as 5,120 graphics micro-kernels and 16 GB of 16 GHz GDDR5 video memory with a 256-bit bus. In Boost mode overclocking up to 2200 MHz can consume up to 300 W of electricity and release about the same amount of heat.

That's why it has three fans and a two and a half PCIe expansion slot heatsink at once. It is worth taking it into account if you plan to install a discrete sound card or network card in addition to the video card. There are four video outputs: two Display Port, one HDMI and one Type-C. It is possible to connect monitors and TV sets with a resolution of up to 8K. But you will have to play in 4K. You will need two RX 6900 XT for 8K gaming. Supports all AMD branded features: FSR 2.0, Image Sharpening and Anti-Lag.

Reasons to buy: Suitable for PCs, laptops and PlayStation 5, PCIe 4.0 bus, speeds up to 5000MB/s, thin graphene heatsink, moderate heat.
Reasons not to buy: If your motherboard only knows PCIe 3.0. 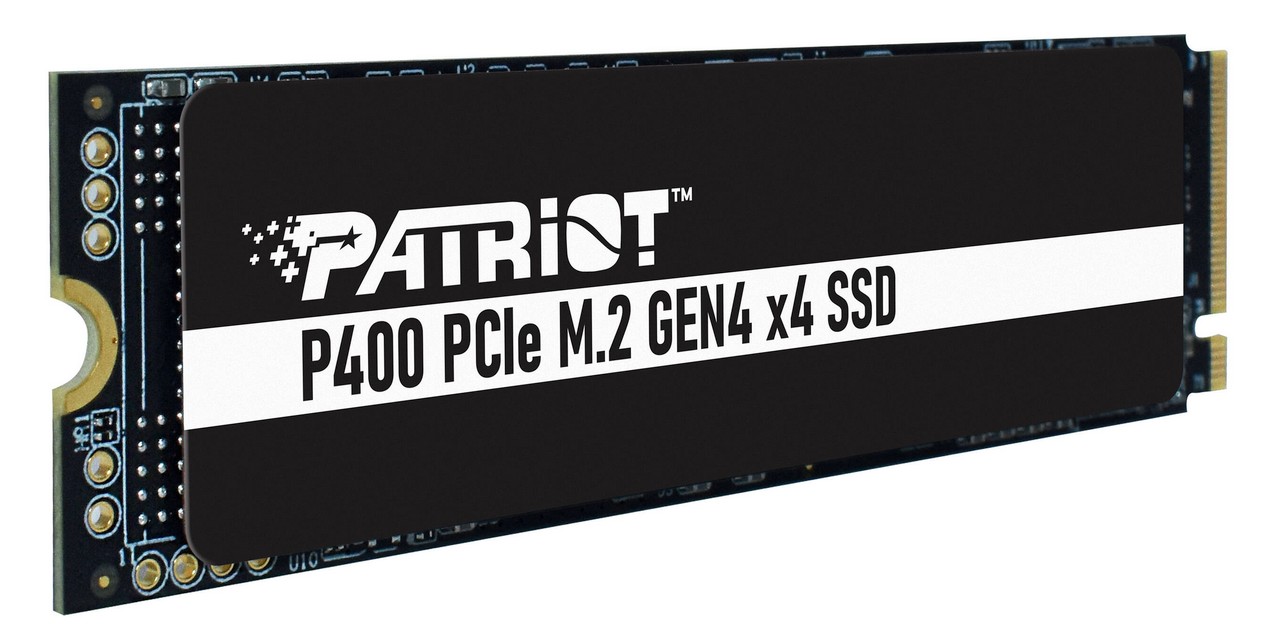 Patriot P400 is the most affordable SSD with a PCIe 4.0 bus. It has a thin graphene heatsink by default, so it won't overheat in a desktop PC, laptop or PlayStation 5 game console. There's a choice of two capacities - 512GB and 1TB (the latter has a solid 800TB rewrite life). Sequential read speeds, regardless of drive size, are the same 5,000MB/s.

But the linear recording differs, due to paralleling to more flash memory chips - 3,300 vs. 4,800 MB/s. The heart of the drive is a smart Innogrit IG5220 controller. Of course, it provides slightly less IOPS (input/output operations per second) than its bigger brother IG5236 of Patriot Viper VP4300, but its temperature is noticeably lower. The main thing is that it provides the function of automatic write error correction SmartECC. This extends the life of the SSD and keeps your personal files safe and sound. 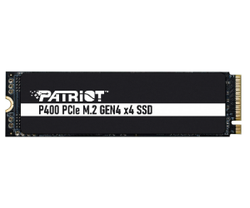 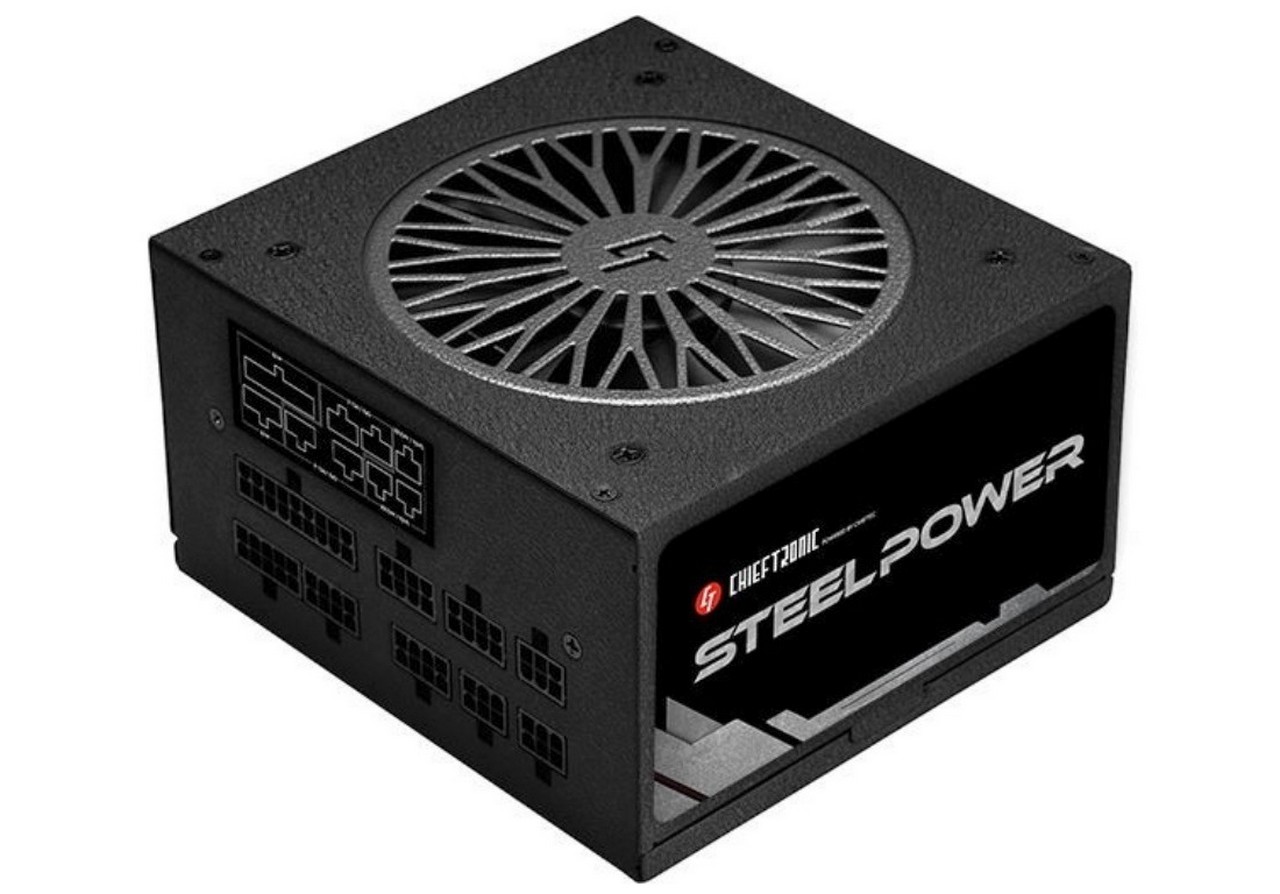 The Chieftronic SteelPower is a fully modular power supply that even has the main CPU and motherboard power cables unbuckled. The Chieftronic gaming brand belongs to the German-Taiwanese company Chieftec, but the circuitry of the PSU is designed by CWT. It's a progressive half-bridge platform with separate DC-DC stabilization and LLC digital calibration. And the 12cm fan is built on a hydrodynamic FDB bearing.

Japanese high-temperature capacitors (up to 105°C) are used, which are many times more durable than Taiwanese and, even more so, Chinese ones. Taking all this into account, the PSU deservedly got a five-year warranty. It is highly likely to last even longer and survive more than one PC upgrade. The 80 PLUS Bronze energy efficiency certificate corresponding to 85% efficiency is obviously artificially low, not to compete with the elder Chieftronic PSUs: gold PowerUp and platinum PowerPlay. 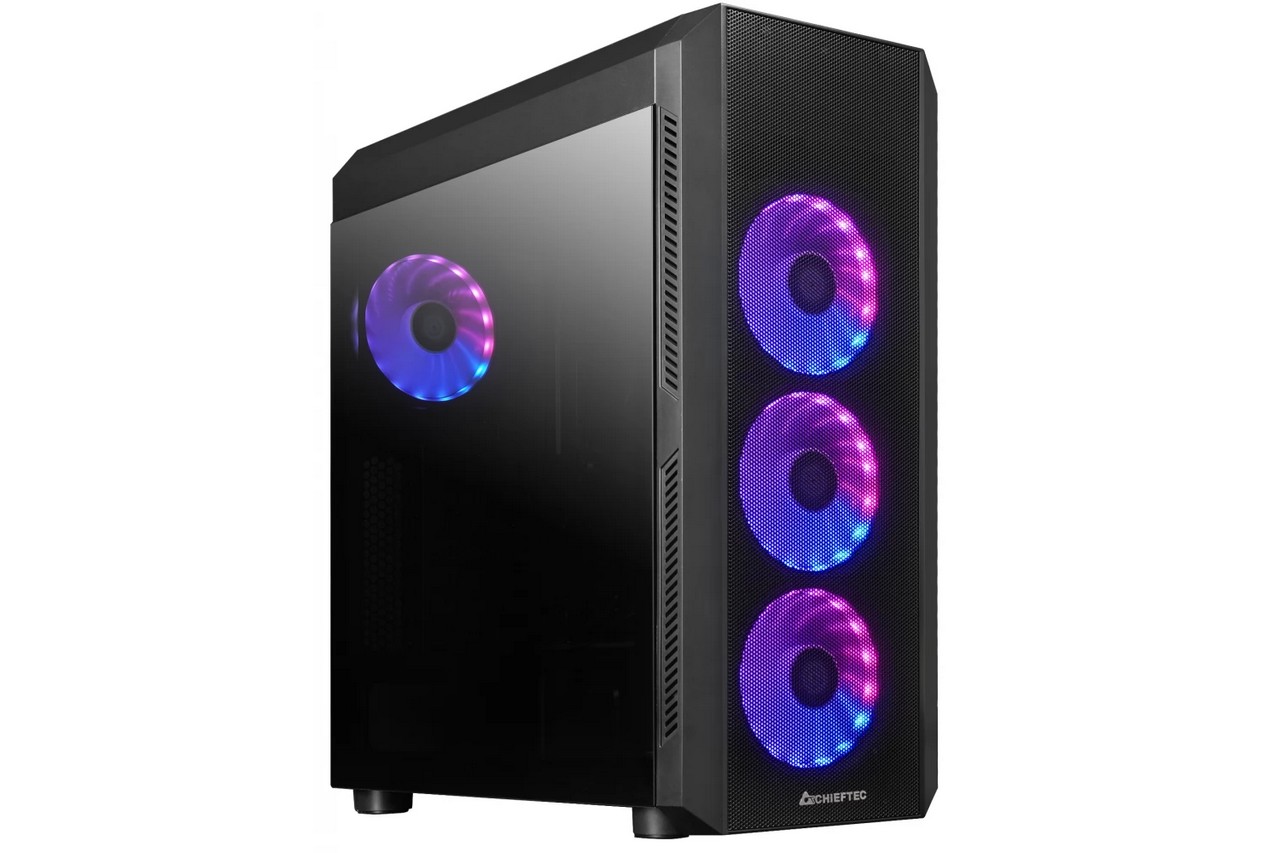 The Chieftec Scorpion 4 is a Midi-Tower computer case that accommodates both mid-sized Micro-ATX motherboards and full-sized ATX. It is made of 0.6mm thick sheet steel and tempered glass, so it weighs a solid 6.6kg. The front panel, unlike the previous Scorpion series models, is made not to be blank but mesh for maximum air circulation. Behind it there are three 12cm fans with ARGB illumination.

The default iridescent Rainbow glow mode is used, but you can select the color and brightness to your liking via the complete LED controller with remote control. A similar fourth fan is located on the back for blowing. On top there is enough height clearance for a 240mm air cooler. Air enthusiasts will be able to install a 16.5 cm tower on the processor. A graphics card fits up to 35 cm, longer is probably not made. The PSU cables are covered with a casing and there is an easily removable dust filter at the bottom.