A rich inner world: how the Samsung Galaxy Flip4 differs from the Flip3

The Galaxy Flip4 and Galaxy Fold4 smartphones with foldable screens presented during this year's Samsung Galaxy Unpacked presentation in August left the impression that this time we are dealing with an evolutionary rather than revolutionary development of the line. In the automotive industry, there is a term "facelift," which describes minor updates to a model, mostly concerning changes in appearance. In our case, on the contrary, the appearance of the novelties has changed so imperceptibly that it will be difficult to define this difference between Flip4 and Flip3. And all the main differences are inside, so we will have to go deeper into them. Each difference, by itself, does not make the new Flip4 an outstanding smartphone (although it is still unmatched in its class), but there are quite a few, which, taken together, leaves a good impression, worthy of the flagship model 2022. 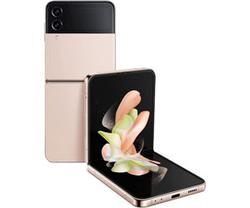 Samsung Galaxy Flip4
The Samsung Galaxy Flip4 is a foldable smartphone that is the evolution of the Flip3. Outwardly, both models are practically the same, the main differences are inside the gadget. Flip4 is powered by the flagship Qualcomm Snapdragon 8 Gen 1 processor, the battery capacity has been increased to 3700 mAh with support for fast charging with a power of 25 watts, and the main display has been optimized. Improved video recording of the main camera in the dark (Nightography), thanks to an increase in the pixel size to 1.8 microns. It's also worth noting that the Flip4's external display is protected by Gorilla Victus+ glass.
Current price on Amazon

The Flip4's external differences from the Flip3

As you can see, externally, both smartphones look like they are the same model. There are, however, external differences, although hardly anyone can see this difference with the naked eye in the reduced 0.3 mm width and 1.5 mm length in the folded state. The matter is in the reduced size of the most important mechanical element of the "clamshell" - the hinge, which, in turn, allowed to increase the battery capacity (about this a little later). Visually, you can see it like this (a fragment of the video presentation):

The difference in energy efficiency

As you know, battery life is closely related (it's practically communicating vessels) with performance. The more a smartphone has to "work", the faster its battery life will run out, and vice versa. Two years ago I already shared with our most inquisitive readers of the world my thoughts on how to manage the autonomy and performance of Samsung smartphones. And in that time, nothing has changed in the basic ideas about it.

The Samsung Galaxy Flip4 features the flagship Qualcomm Snapdragon 8 Gen 1 processor. While the Flip3 uses last year's flagship Qualcomm processor, the Snapdragon 888. What is their difference that determines the performance boost (and improved energy efficiency)? The most important thing is the technological process: 4-nanometer technology vs. 5-nanometer technology. After that comes everything else: the doubled Layer 3 cache, the data transfer speed within the system memory, which increased from 51.2 to 64 GB per second, and other joys of life of an advanced ARM processor. A new technological process is always closely connected with the reduction of power consumption and heat dissipation. That, other things being equal, leads to an increase in battery life of the smartphone.

The move to 90-hertz and even more so to 120-hertz displays has been one of the major technological breakthroughs for smartphone screens in the last few years. This is the rare case where a technological advantage is easy to demonstrate to the user. The screen flickers less, scrolling and animations are smoother. But the higher refresh rate of the screen naturally entailed higher power consumption. Therefore, manufacturers have gone for a little trick, offering an adaptive mode of the display. In this mode, the screen refresh rate is automatically lowered (for example, if you read text on a website, until you start scrolling, it makes no sense to refresh the screen 120 times per second). So the Flip3 could downgrade to 10 hertz, whereas the Flip4 is able to downgrade to 1 hertz. The difference looks small, but it is such small technological improvements that make up the whole concept of energy efficiency (and this is true not only for smartphones).

The downsizing of the mechanical hinge I mentioned above (you can see what it looks like in the video below) has made it possible to increase the total capacity of the built-in batteries (actually physically two, of course) from 3,300 mAh to 3,700 mAh. With support for 25-watt fast charging (the Flip3 could run with a 15-watt charger). And yes - the charger itself in the package, as in the case of the Flip3, the novelty too has no. There are several reasons for this, all depending on the point of view of the problem. I am inclined to the version, starting from the type of behavior of the buyer of such a smartphone. It is obvious that this is not the first smartphone in his life (or even the second or third one). So he already has some kind of charger. And for fast charging smartphone he either already has a charger. Or he will buy one, based on his preferences and (usually high) requirements. So, just as with wired headphones, which just a few years ago ceased to be part of the standard package, chargers too will gradually become seen as a separate device, tailored to the individual needs of the buyer. And all of this, in the end, by the way, will lead to a reduction in the environmental impact. Which, in fact, manufacturers are already openly talking about (receiving in response accusations of greed, but that's another story).

New features of the external display

Of course, the simplest visual difference between the Flip4 and Flip3 is the new features of the external screen. Its specifications have not changed (only a new generation of protective glass appeared), so there is always a chance that all these new features will also become available to Flip3 users (in any case, widgets with the new clock have already appeared after the Flip3 firmware update to Android 12 with One UI 4.1.1). The user now has the ability to bring three phone numbers from the address book to the speed dial (previously you could answer the call on the external display, but not start it, but right now, with this widget is also available). Or answer messages without opening the screen, using voice dialing and emoji. This, for example, is what the virtual character I generated looks like, which appears in the splash screen of the external display. Each time with a new animation (although their number is of course limited).

There are more options for customizing both the clock and the theme design. By the way, for the external screen is also available in Always On mode.

An interesting feature that everyone, I am sure, will be happy to use - smartphone unlock by face or fingerprint in the folded state. This is a must have when paying with Google Wallet in a store.

One of the achievements of 2022 in mobile photography was the Nightograpy mode, which first appeared on the Galaxy S22 line of smartphones. Of course, here we are talking primarily about image processing algorithms. So there is a non-zero probability that these features will appear, for example, in the Galaxy Flip3 after the next firmware update, but there are important nuances. First, the Flip4 main camera has an increased pixel size compared to the Flip3 (from 1.4 µm to 1.8 µm). This means that the camera sensor, in principle, is able to receive more light. I'm not sure a comparison to a telescope with a larger mirror diameter is appropriate here, but if it's easier for someone, so be it. Second, hybrid stabilization works. This is a combination of optical stabilization (OIS), digital stabilization (VDIS) and image processing algorithms, trained on neural networks. And this is where the more advanced neural network co-processor (NPU) of the new Snapdragon 8 Gen 1 processor already plays a role. That is, potentially the Flip4's night video capabilities should be noticeably better than its predecessor. 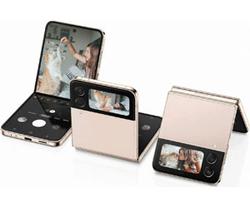 If the Flip3 could be recommended as a replacement for the first Galaxy Flip, switching from the Flip3 to the Flip4 seems like a rather unlikely (though realistic, why not, if you have the desire) move. That said, if there is a desire to buy a new product and get a new user experience (which, for example, iOS can't give today), then buying the Flip4 looks like a more attractive option than last year's Flip3. After all, it's a new smartphone with the flagship 2022 processor and all the same wow effect created by its form factor. And it's not just a "smartphone that can be folded in half." It has a Flex mode that changes the interface and user experience when shooting (no need for a tripod, the smartphone can be held like a video camera, using the folded part of the screen as a viewfinder). And turning the bottom half of the screen into a touchpad for the rest of your apps. Finally, the Flip4 has an extremely low chance of smashing the internal display, and is IPX8 certified for water protection. Finally, like all previous Flip series smartphones, the novelty is the winner of the year in the "best smartphone for a girl 2022" category. Due to its exceptional emotionality and compactness, with unsurpassed ease of racing the heartbeat of the fair sex. 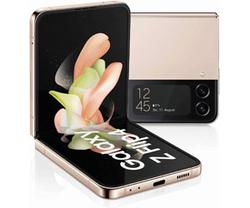