Experts named the worst passwords of 2017

Analysts from SplashData presented a list of the most unsafe passwords in 2017. This time, in the insecurity of accounts and user systems, "Star Wars" is to blame.

The worst of the worst

Every year, computer and mobile users make the same mistakes and put passwords like 123456, password or qwerty. This was especially sinned last year 2016. This year the situation remained similar, but the most frequently used and unreliable passwords were added starwars. 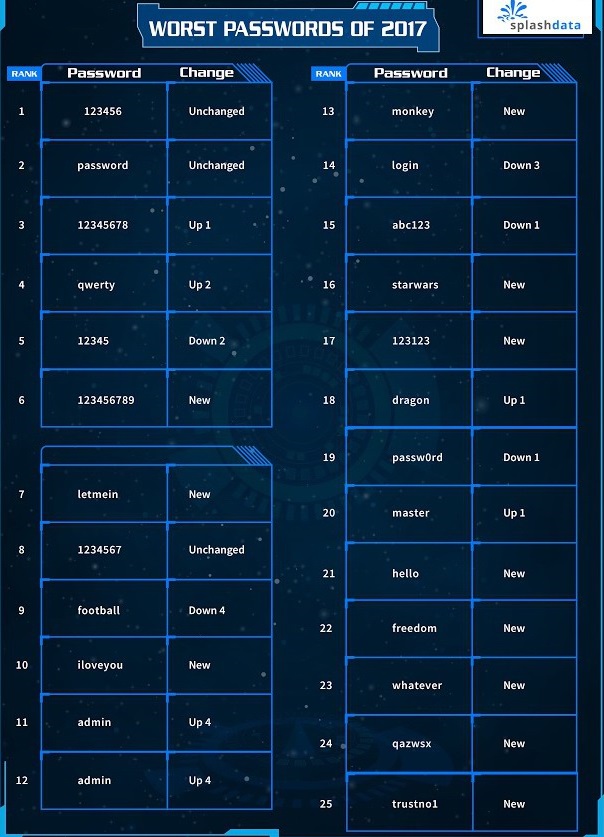 What passwords should not start

Young users password their accounts with terms from modern culture, cinema, games and sports. According to experts, they are also among the most vulnerable passwords. Well, it's worth looking at the list itself, in order to understand which passwords are not exactly worth using. And the user will have the most secure protection if he generates the password randomly using uppercase and lowercase letters, numbers and symbols.