Some owners of Samsung Galaxy Note8 began to receive an update to Android 8.0 Oreo. Despite   lack of official comments, the " lucky ones " installed the firmware R16NW.N950FXXU2CRA1.DM on   your fear and   risk   - and   all went well.

Obviously, this is just a test run. Since the update was   all owners of Galaxy Note8, you can conclude that this is a test before the large-scale release of Android 8.0 Oreo. 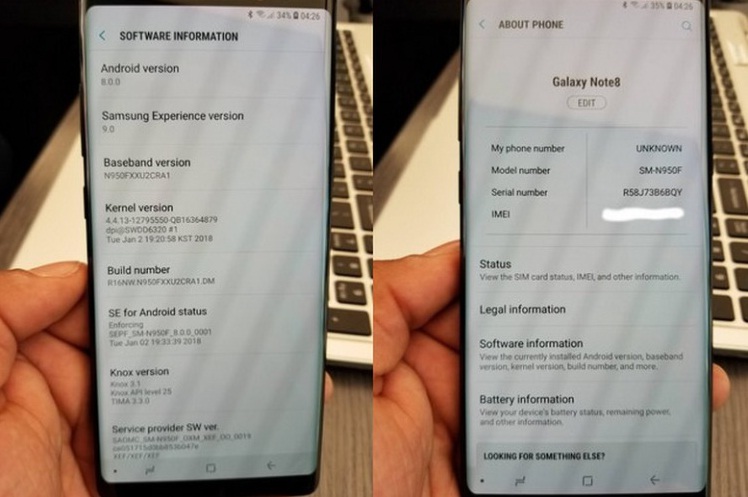 Why is this strange?

It's amazing, but   Galaxy Note 8 is not even   participated in   beta program . Now the test firmware was received only by a small group of owners of Galaxy S8 and   Galaxy S8 Plus, and   the " trial " of the beta version will be completed on January 15. Yes   and   at   Samsung has not yet   comment on the update Galaxy Note8.

Owners of the devices that received the firmware report   some innovations, including:

In addition, the firmware has brought and   January security patch.