Google announced the future opening of a new service with a monthly subscription of YouTube TV. With it, the company will broadcast American cable channels.

What will be shown

First, YouTube TV will appear only in the US and will show the transfer from the channels of NBC, ESPN, ABC, CBS, FOX, SHOWTIME, SyFy and many others. A considerable program will be diluted by local sports and cable channels. YouTube TV will have its own application for PCs, smartphones and tablets. Video content can be transferred to the TV using Google Chromecast, and the transfer is recorded to view at any convenient time. 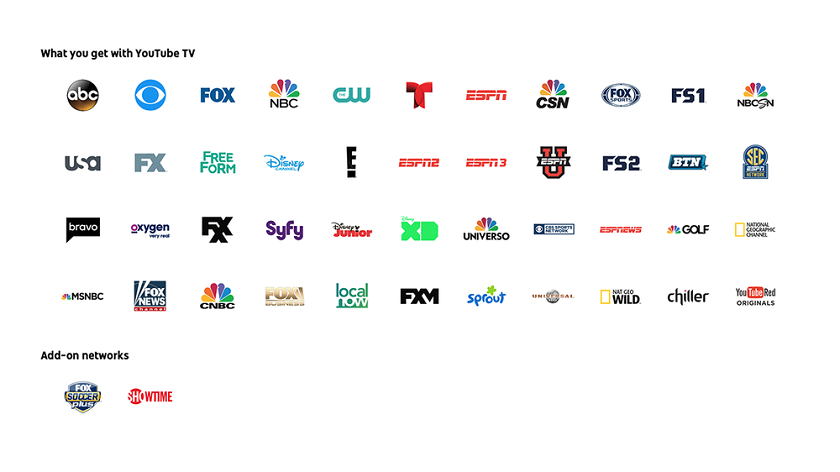 The monthly subscription fee for YouTube TV is $ 35. One account allows you to customize the individual viewing for six different users with separate recommendations and favorite lists. When a new service Google appears in other countries and at what price is still unknown.