Ilon Mask, because of problems with customs, renamed his flamethrowers "not flame throwers"

Epic about Ilona Mask and   his flamethrowers against the zombies continue. In the spring, when they begin   sending to customers, there may be problems on the   customs, so the founder of Tesla and   SpaceX decided to rename flamethrowers. Approached by   case " thoroughly " and   from   inherent irony.

So, Ilon Mask suggests renaming flamethrowers in   " Not   flamethrowers " . There is a second option, but   he   more boring   - " device for raising the temperature. "

Apparently, some customs agencies are saying they will not allow shipment of anything called a "Flamethrower". To solve this, we are renaming it "Not a Flamethrower".

" Apparently , some customs agencies say that they do not   miss sending anything from   the name " flamethrower " . To solve this problem, we   renames them   at   " Not   flamethrowers " . Or to raise the temperature of the device, "   - wrote an entrepreneur in   his Twitter, adding his words to the image of the " corrected " poster. 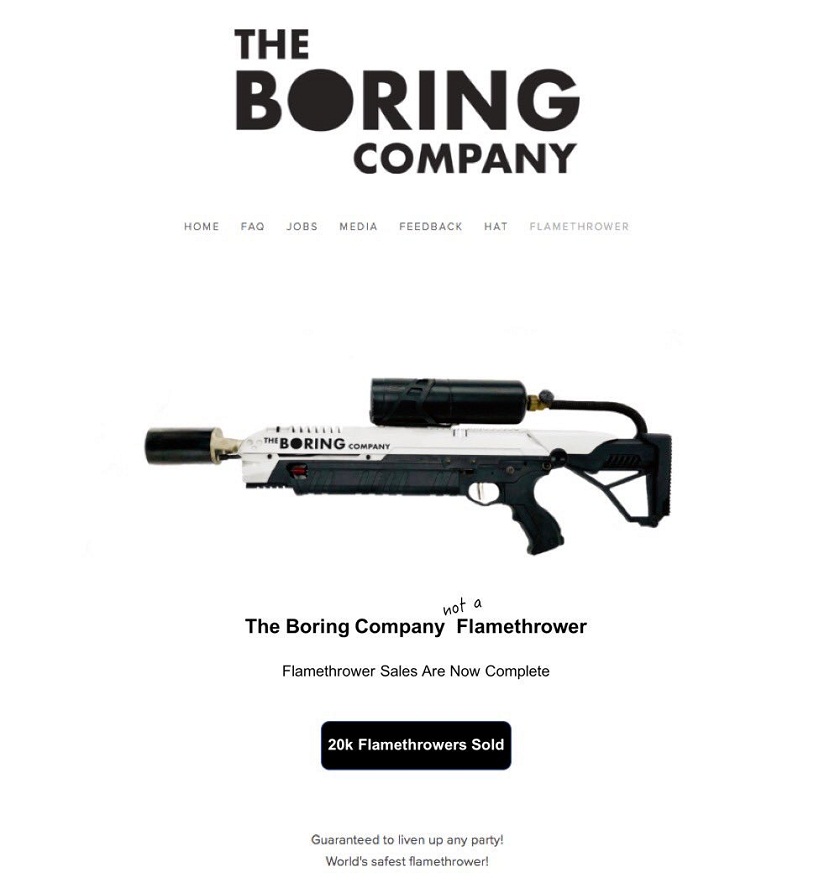 Flamethrowers are produced by engineers from   him   the same company Boring. By   According to Mask, they will be a great help in   combating   zombies, and   if his weapon does not   stand up against the living dead   - the head of Tesla and   SpaceX promises to return the money spent.

In the spring, deliveries of flamethrowers will begin, in   bundle will go and   free fire extinguisher. Mask honestly admits that such devices can be bought and   cheaper, but   promises to send all the proceeds to   Drilling tunnels under Los Angeles for the Boring Company.