February 1, we wrote about the announcement of a protected smartphone Land Rover Explore . But then the manufacturer did not report almost any information about the novelty's features and did not disclose its technical characteristics. Now, almost everything has become known about Land Rover Explore.

The smartphone was equipped with a 5-inch Full HD-screen with a protective glass Gorilla Glass 5, a 10-core chip MediaTek Helio X27 with graphics Mali-T880 (made on a 20-nm process technology), 4 gigabytes of operative and 64 gigabytes of internal memory. The main camera got a module with 16 megapixels, the front camera was equipped with an 8 megapixel image sensor. There is a slot for microSD cards and LTE-modem (Cat. 6). Manages the novelty of the OS Android 7, and for its time the battery is responsible for 3600 mAh. The shockproof smartphone Land Rover Explore has received protection from water and dust according to the IP68 standard. In addition, it easily withstands a fall from a height of two meters.

Users can access both the protected smartphone and various modules to it. For fans of cycling adventures there is a Bike Pack module. It consists of mounting on the steering wheel and additional batteries for 4370 mAh. The Adventure Pack includes a GPS antenna and an additional 3600 mAh battery. 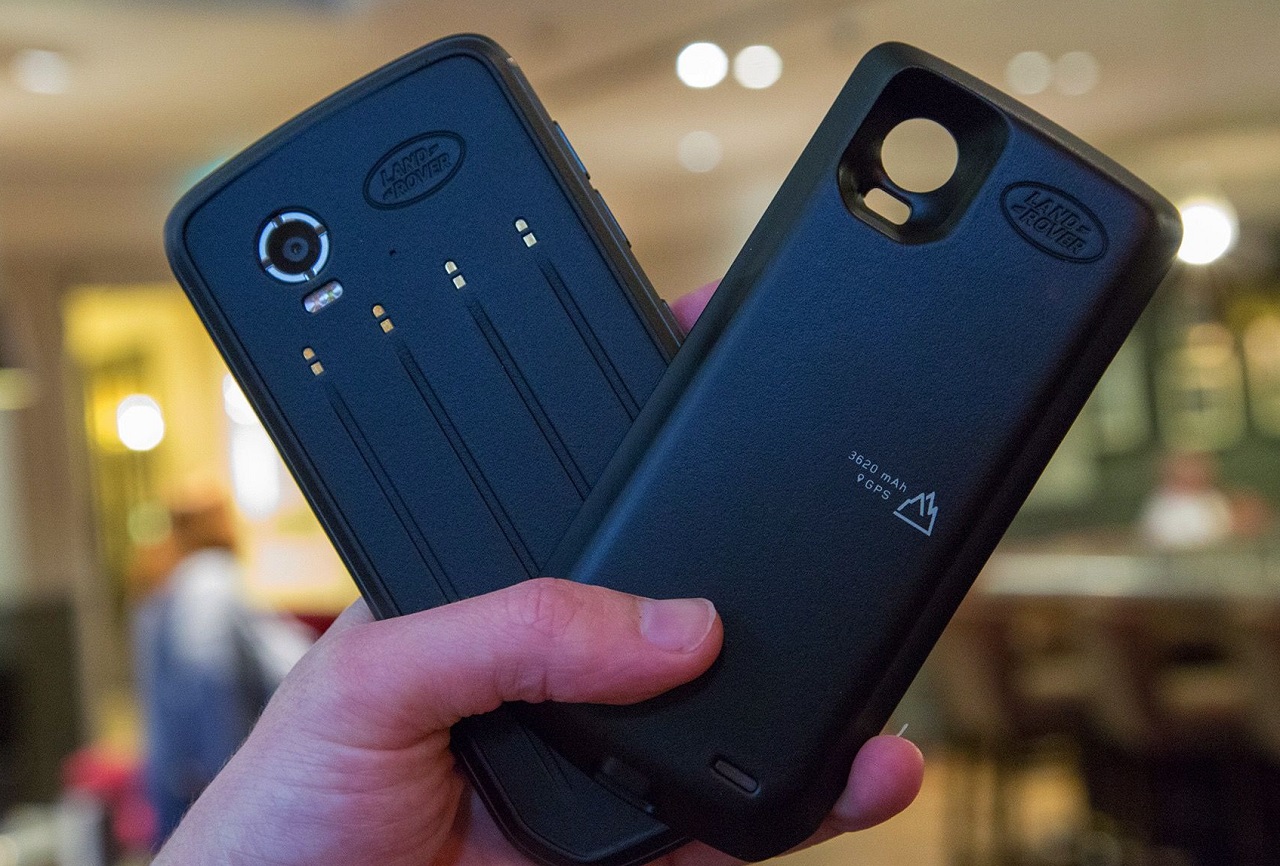 Smartphone Land Rover Explore in more detail will show at the exhibition MWC 2018 in Barcelona. Its price starts from 650 euros, but so far neither the exact release date nor the price list of the modules is known.

We are expecting a strong, powerful and not so terrible smartphone as other devices in this segment. Land Rover Explore can even be called a stylish, but expensive smartphone. Interesting additional modules, but in addition to 650 euros to pay for them, probably few will. Although if the device is positioned as an important need for the owners of jeeps Land Rover, then all the same on the price tag, can and will buy.