Bluetooth on Android 8.1 Oreo supports only two connected devices at once: for media and calls. Google corrected this defect and added to Android P the ability to connect up to five devices at the same time. Updates cool, but there is one "but". 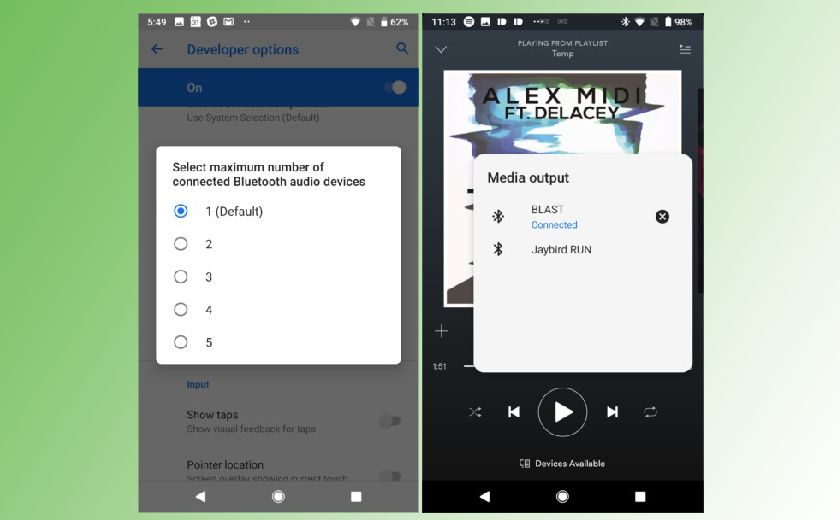 Firstly, you can not connect five devices and play music on them simultaneously. A similar function is planned in the new Snapdragon 845, which can synchronously play audio on five devices. Secondly, there are hardly any people who use five Bluetooth audio devices at the same time.