Samsung Galaxy J8 Plus with Snapdragon 625 chip appeared in Geekbench

A few weeks ago in the test for the performance of Geekbench appeared Galaxy J8. And today the older version of the smartphone, the Galaxy J8 Plus, "lit up".

The smartphone received model number SM-J805G. According to the test, the device runs on Android 8.0 Oreo, and for performance meets the chip msm8953 (Snapdragon 625) and 3 GB of RAM. This is not the first time that Samsung is installing Qualcomm processors not in the flagship segment. Back in 2016, the manufacturer introduced the Galaxy C7, and then the Galaxy C7 Pro with Snapdragon chips. 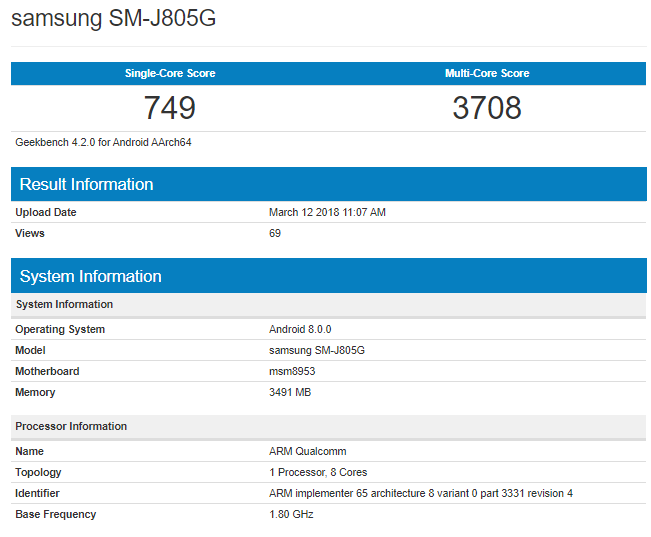 The novelty scored 749 points in a single-core test and 3708 points in a multi-core test. This is the level of Xiaomi Redmi Note 4X, which has the same processor.

While there is no information on the date of the announcement of the smartphone.