Messenger has learned to send photos in 360 and HD video

Not so long ago, Facebook allowed to share 4K photos inside the Messenger. With the new update, users can send each other 360 photos and HD video.

Now you can personally send a panorama of the sea or sunset to your friend. Previously, Facebook allowed to publish such photos only inside posts. Like the video in 720p, which can now be sent to a friend in Messenger. To the comrade knew the coolness of the video, the message will be attached to the HD quality icon. 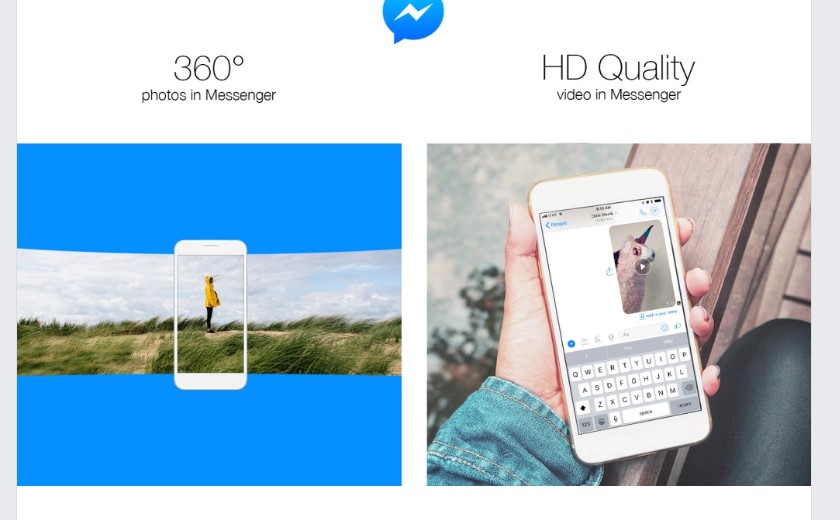 To send 360 photos, create it in a separate application and send it as a standard image. Having opened a picture, the user will be able to appreciate the charms of a photo in 360, viewing images from different sides. For video in 720p the process is the same: we shoot, save and send to Messenger.

You can use the innovation today. Just do not forget to update Messenger to the latest version.