An entire network of flying taxi centres (hubs) is planned for 65 cities as part of a collaboration between infrastructure company Urban-Air Port and South Korean carmaker Hyundai Motor Co, which is developing vertical take-off and landing taxis.

Construction hubs are planned in the UK, US, France, Germany, Scandinavia, Australia, South Korea and South East Asia, the companies said in a statement. The first base in Coventry, England, is due to open in early 2022.

Urban-Air Port says they are the only company focused solely on networking for flying taxis and cargo drones. Only $150 million has been spent on physical infrastructure this year, while $5 billion has been invested in eVTOLs (flying taxis) themselves by startups such as Joby Aviation and Lilium GmbH. 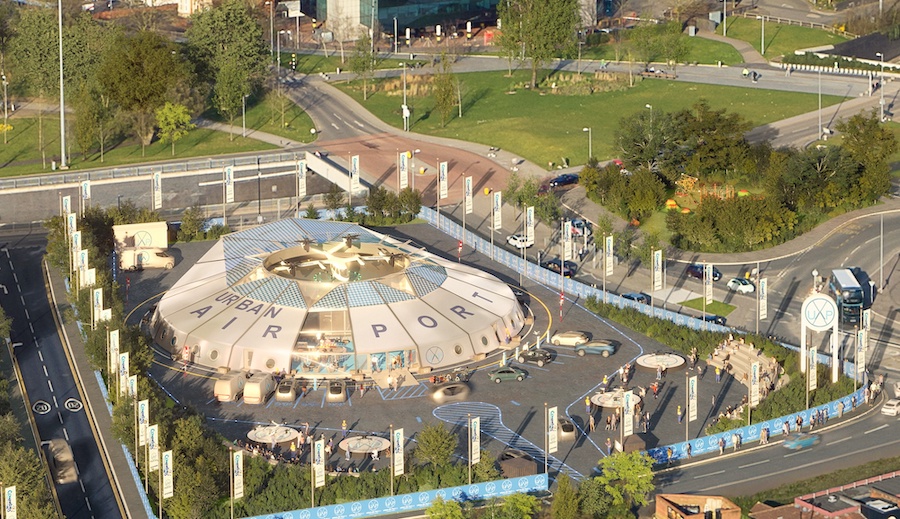 After Coventry, the next facilities to come online will be in another city in the midlands of England and in Los Angeles, a spokesman for the UK-based company said. The London centre will be located somewhere in the West End retail district or in the City's financial centre, he added.

Urban-Air Port plans to create a network of more than 200 electric air mobility facilities around the world over the next five years. The centres will be modular and designed to fit into both dense urban areas and more remote locations, where charging will be done using hydrogen fuel cells.

At the base in Coventry, which will be called Air-One, drones from Malloy Aeronautics and SkyFarer will be shuttled around to demonstrate the ability to transport cargo such as refrigerated medical supplies. Safeguard Vertiports will meanwhile develop a certification programme that complies with UK standards.