Most eVTOL (vertical take-off electric vehicle) start-ups are focused on applications as an air taxi with 2-6 seats. Some, however, are aiming for more. For instance, GKN Aerospace and Kelekona are working on launching 30- to 50-seat monsters into the sky, exploiting the idea of public transport.

California-based Craft Aerospace is aiming for something in between: nine-seat planes focused on intercity regional flights. In doing so, it uses a VTOL propulsion system the likes of which we've never seen before. 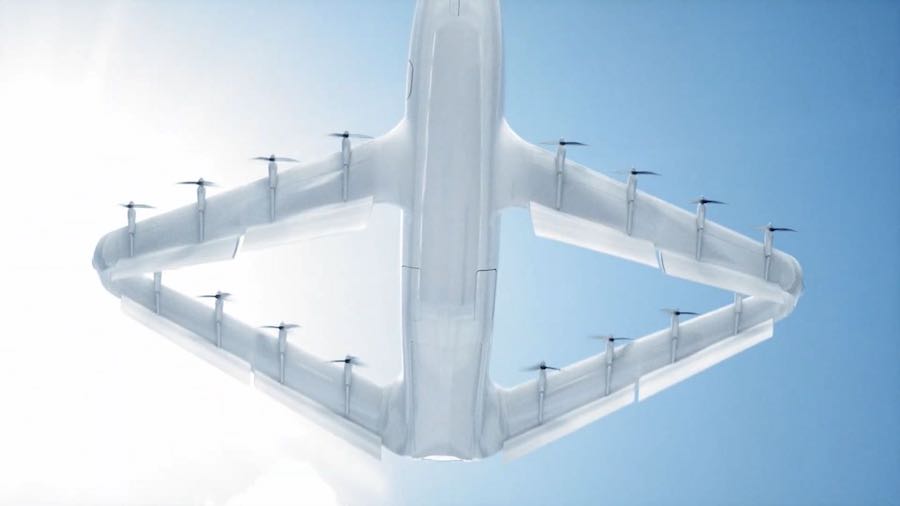 The main fuselage of the Craft aircraft looks a lot like a small traditional airliner. But things start to get weird when you look at the wings. The front wing connects to the underside of the cockpit, tilting back at a quite familiar angle. However, at their tips, the wings curve upwards to meet the rear wings, which connect to the top of the rear of the cockpit. In this way, a sort of boxy wing is formed, having a diamond shape when viewed from above or below.

The surprises don't end there. Vertical takeoff aircraft need to be able to direct thrust both down and backwards to allow them to hover and cruise. Many designs, such as the Beta Alia, simply install different systems for each of these uses - these designs are called lift and cruise.

Others tilt their propulsion systems as needed; we call them vector thrust designs - Joby S4 and Lilium Jet are examples. There are tilting wings that rotate the entire wing for vector thrust, such as what Dufour Aerospace does. There are also all sorts of hybrids in between.

And here's another solution. Craft suggests leaving the box wing and electric struts in a fixed position, but directing the thrust down using a series of retractable flaps at the rear of the wings. These extend and curve downward, redirecting airflow when vertical thrust is required, and then retract to allow efficient forward flight.

The company says it has tested this approach on small prototypes, although it has published only a few frames of video footage. It would be interesting to see what efficiency can be achieved with this approach; vertical takeoff and hovering is an energy-intensive task that requires a lot of power from the propulsion system, even if you don't try to redirect thrust after it has gone through the propeller. The percentage of loss can be catastrophic. 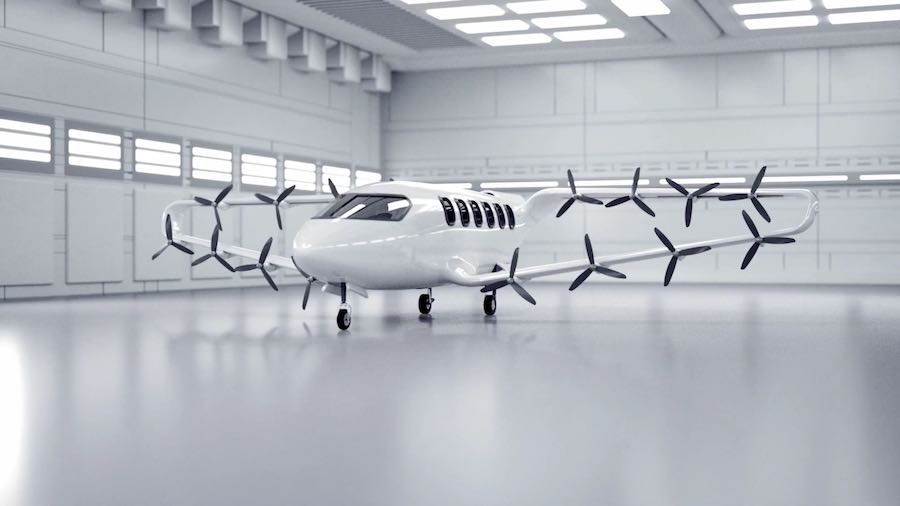 According to the developers' assurances, the aircraft will carry payloads of up to 1,130 kg. It will reach speeds of up to 300 knots (that's 556 km/h) and use a hybrid-electric propulsion system with a turbine generator that increases range, to provide flights up to 1,000 miles (1,609 km) apart. That, the company says, covers about 65% of existing domestic air routes in the US.