It has been repeatedly reported on the web that the company Apple is going to remove "bangs" in the next generation of the iPhone. So now an insider Ice Universe has shown how it could look like.

According to the insider, Apple will not embed facial recognition sensors and a front-facing camera under the device's screen. Instead, engineers will make some holes in the panel for them. It looks strange, but on the other hand, owners of iPhone are used to monobrows, which means that they will quickly adapt to the new implementation. 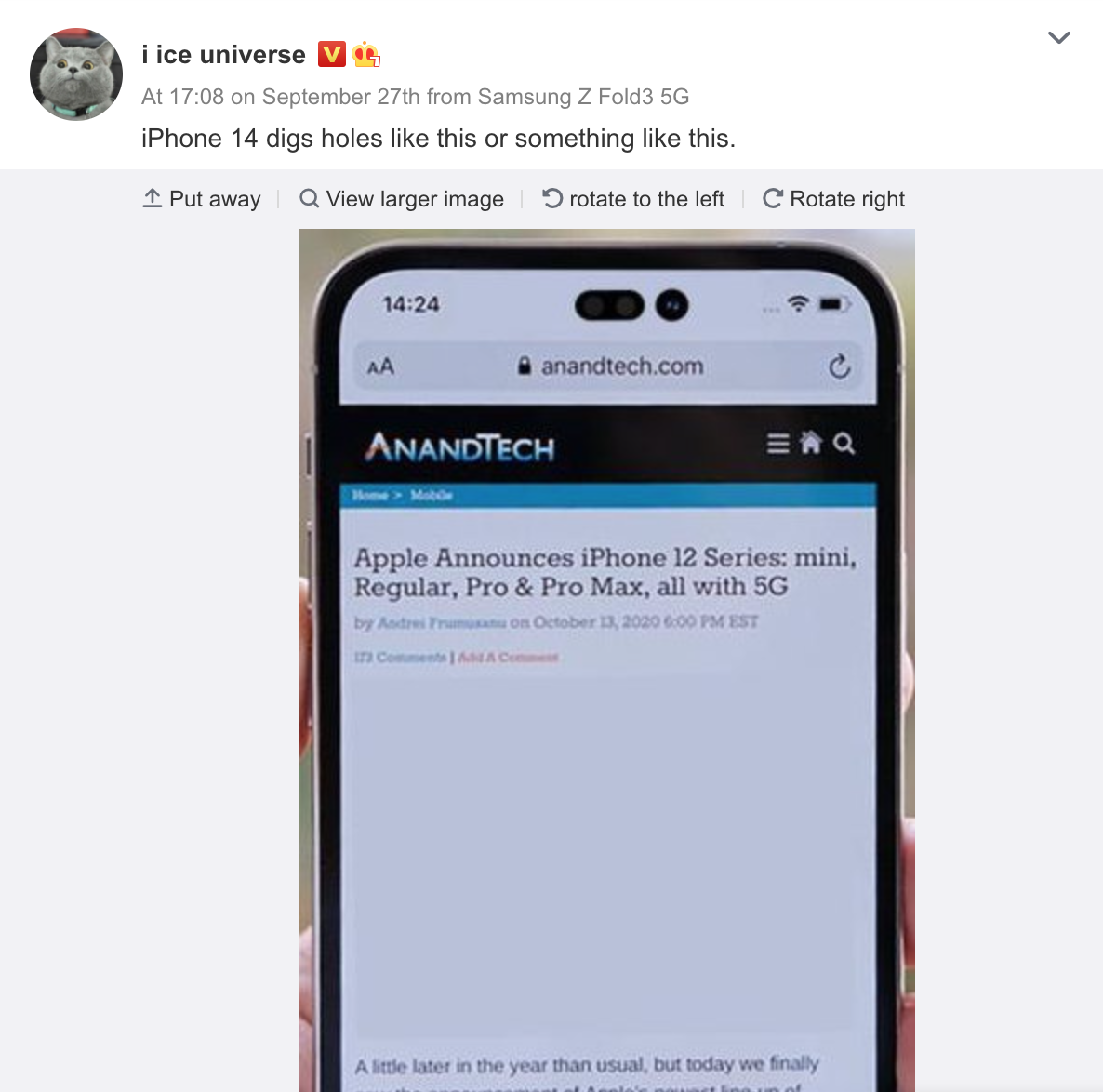 Recall, the cutout in Apple smartphones appeared with the release of the iPhone X in 2017. Until this year, the company did not change its size, but with the release iPhone 13 reduced the "monobrow" by 20%.