Realme, ahead of the release of the Realme Smart TV Stick, has shared details about the new product.

According to the official product page, the novelty will come with Google TV interface on board instead of Android TV. In addition, the gadget will be able to play 4K videos at 60 frames per second. The device is also credited with HDMI 2.1, USB-C port and HDR10+ support. 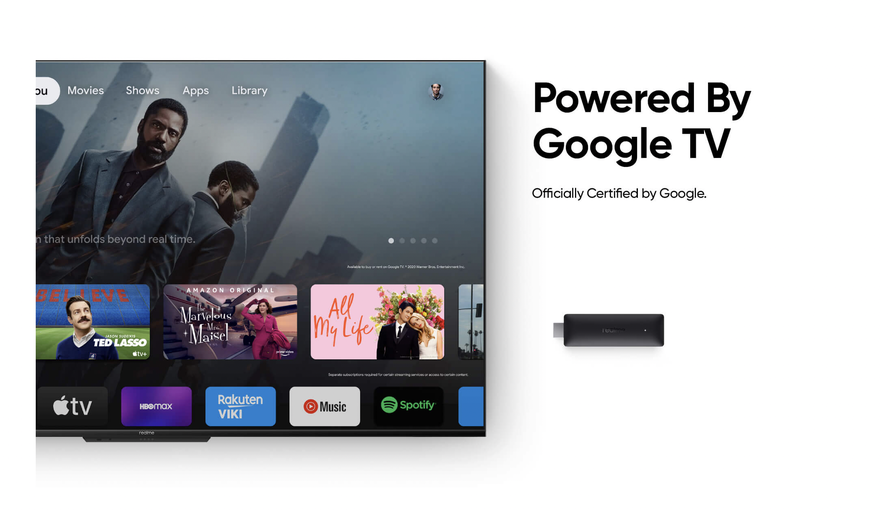 Other specs of Realme Smart TV Stick the company has not yet disclosed, but if we believe the rumors, will come with a quad-core chip, as well as 2 GB of RAM and 16 GB of storage. The gadget should cost in the neighborhood of $50 USD.