The new model is dedicated to the popular mobile game Call of Duty Mobile (more than 1000000 downloads in Play Store). This unit has a special box with the image of the heroes of the game, as well as an extended package. It includes a gift card, as well as a military token, the design of which can be customised. 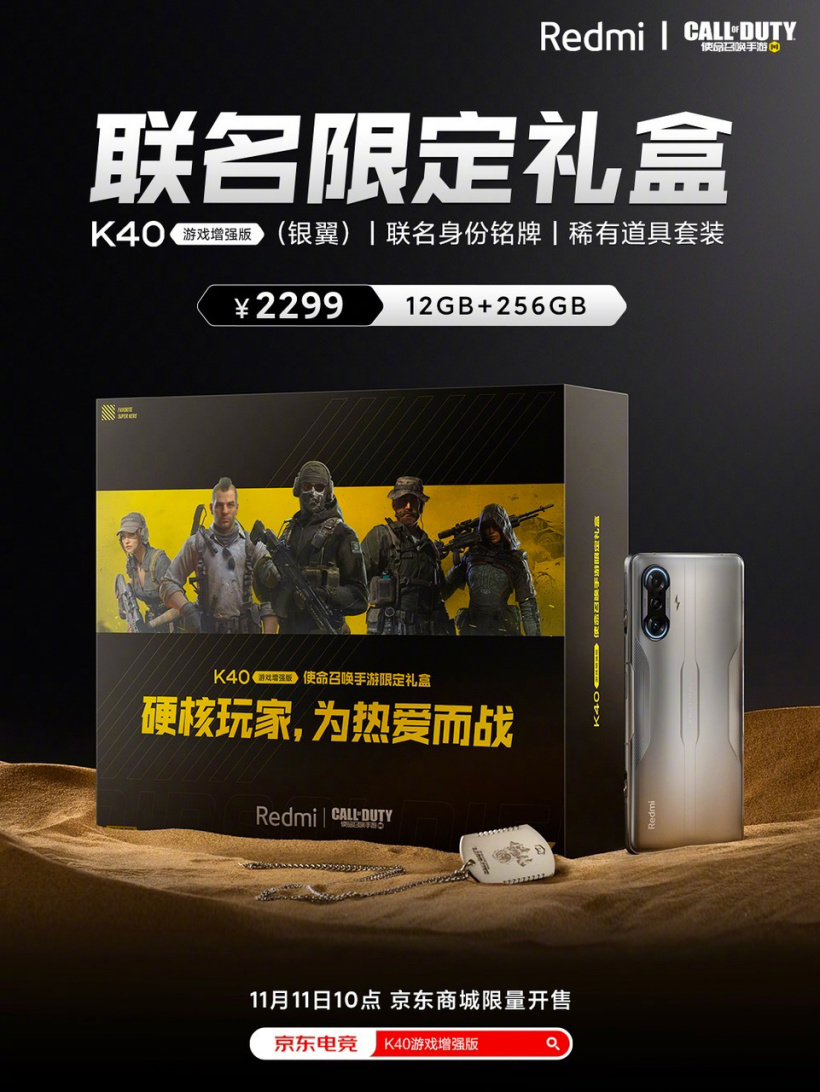 As for the smartphone, it received coloring Silver Wings and modification with 12GB RAM and 256GB ROM. The specifications of the novelty remained the same: AMOLED display with refresh rate of 120 Hz, 64 MP + 8 MP + 2 MP camera with backlight on the sides, MediaTek Dimensity 1200 processor, JBL stereo speakers and 5000 mAh battery with 67W fast charging support.

Sales of the Redmi K40 Game Enhanced Edition x Call of Duty Mobile will start in China on November 11. The novelty will be asked for $360 USD.