In the database of Geekbench performance test "lit up" yet unannounced tablet by Samsung.

The novelty has the model number SM-X808U. According to previous leaks, it is the 5G version of the Galaxy Tab S8+ tablet. Documents confirm that the device will be powered by Qualcomm's new flagship Snapdragon 898 processor. Incidentally, it should be announced as early as the end of November. In addition, the Geekbench report says that the gadget will get 8GB RAM and pre-installed Android 12 operating system. 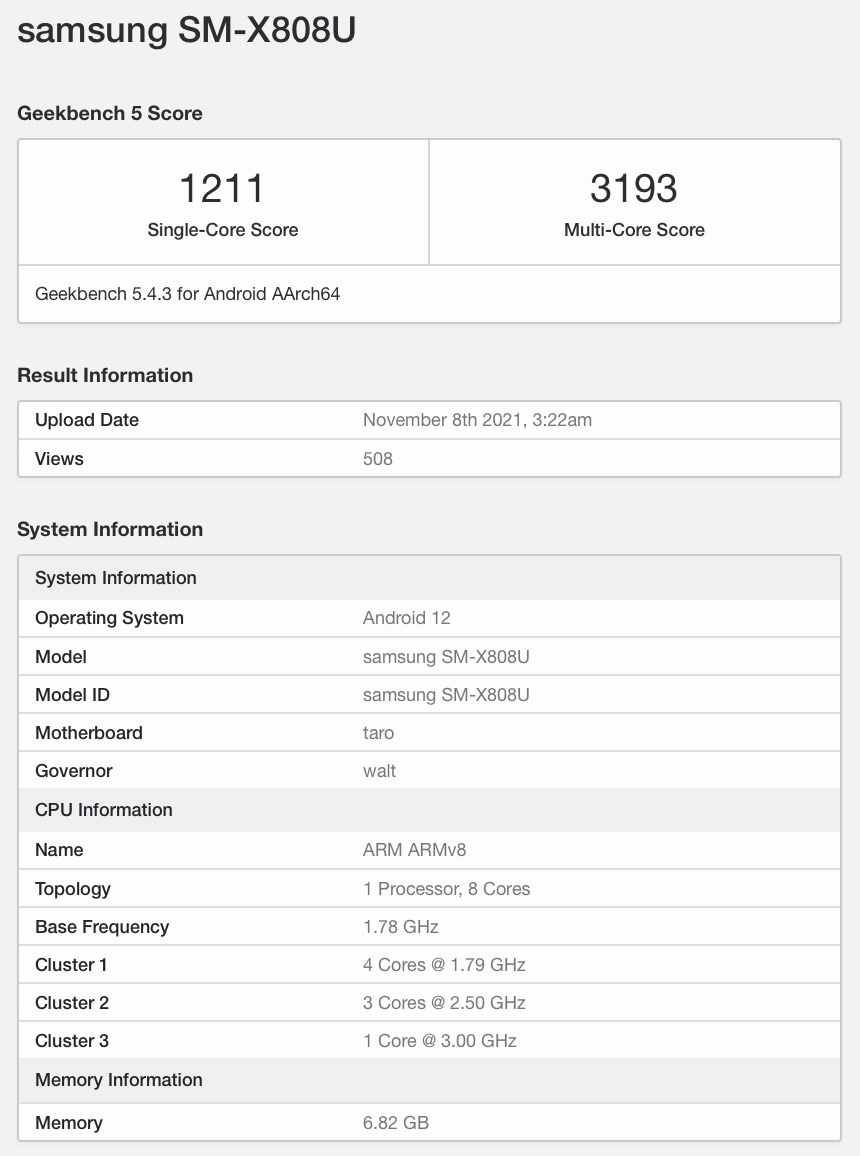