Starlink almost halved the cost of subscriptions in Ukraine

Starlink has announced a reduction in the cost of monthly subscriptions in some countries, including Ukraine.

Here's What It Costs

For Ukrainians, the rate was reduced from $100 to $60. It is symbolic that letters about the innovation were sent to Ukrainians on August 24, the Independence Day of Ukraine. 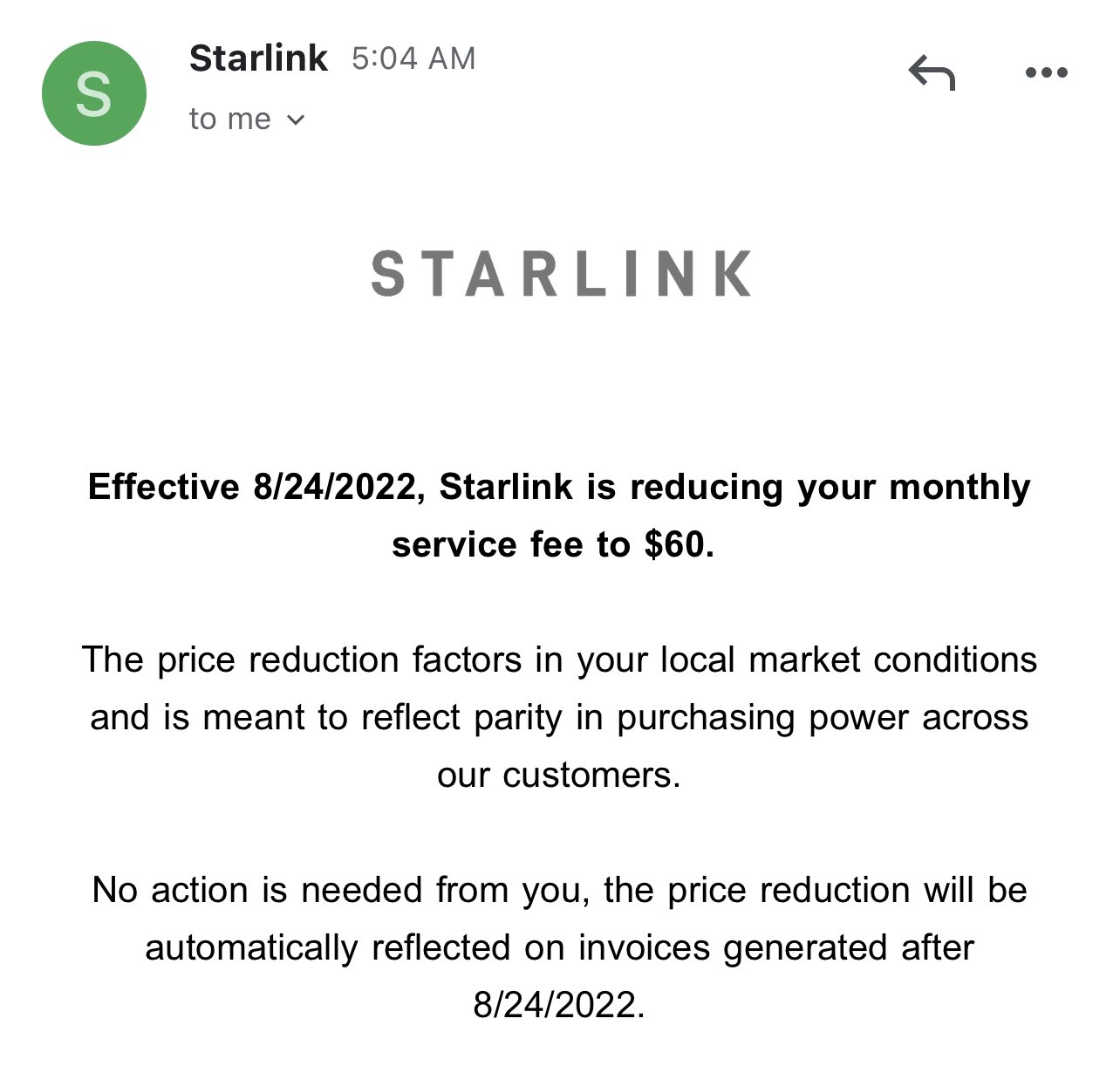 The company explained the decrease in tariffs by the reaction to "local market conditions".

The terminal of the satellite Internet from Starlink itself costs $499. There are more than 18 thousand of them in Ukraine now, and this is more than in any country in Europe.