Huawei introduced the MateBook D (2018): an updated notebook with improved graphics and processor

In May this year, Huawei introduced a series of notebooks MateBook D, MateBook E and MateBook X. And now the Chinese have announced an updated version of the MateBook D model called Huawei MateBook D (2018). The appearance of the new items remained unchanged, the update touched the filling.

Huawei MateBook D (2018) received a metal case with a thickness of 16.9 mm. The laptop has a Full HD display of 15.6 inches and a maximum brightness of 350 nits. There is a simpler version with Intel Core i5-8250U and top with Intel Core i7-8550U. As for the memory, depending on the version it is 8 gigabytes of RAM and a SSD-drive for 256 gigabytes or 128 gigabyte SSD-disk and 1 TB HDD. There is a video card Nvidia MX150. Huawei MateBook D (2018) also received a battery with a capacity of 43.3 watts. On the assurances of the creators, it is enough for a full-fledged work within 10 hours. There is also a panoramic Dolby speaker system, two USB Type-C, USB 2.0 and HDMI. Manages the work of the laptop Windows 10. 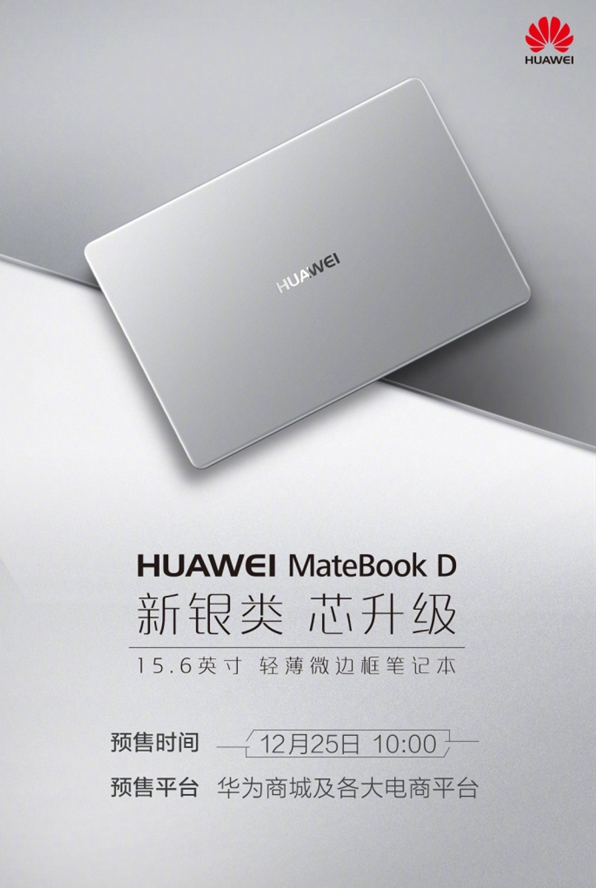 Huawei MateBook D (2018) so far only came out in China at a price of $ 800 for the base version. The maximum modification will cost 1020 US dollars. The date of entering the world market is still unknown.

We are waiting for a slightly better and updated version of the top-end notebook. Draw with the latest Apple MacBook and Microsoft Surface Pro this version can not, but will seriously compete with models Dell XPS 15 and Lenovo Yoga 720.