The Winter Olympic Games in Pyeongchang will be held from 9 to 25 February 2018. In honor of this event, Samsung has released a limited Olympic version of the smartphone Galaxy Note 8.

The filling of the Olympic Galaxy Note 8 will be the same as the normal version. But the appearance was changed to the style of games: the back cover got a white color with a gold edging and five Olympic rings - a symbol of the unity of the world and the unification of the five continents. Limited Galaxy Note 8 will also provide thematic wallpaper and special applications. 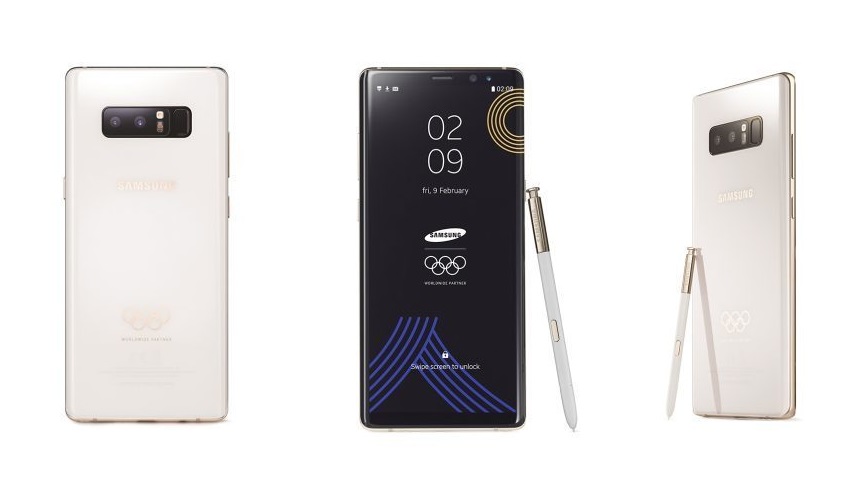 Olympic Galaxy Note 8 will be released in the amount of 4000 units. This smartphone will not be sold anywhere. It will be presented as a gift to all athletes of the Winter Olympics in Pyeongchang, as well as to the Korean Olympic Committee and other organizers.