The results of the week: a photo of the three-chamber Huawei P20, the start of world sales of smart watches Amazfit Bip and the update Xiaomi Redmi 3S to MIUI 9.2

One of the manufacturers of covers published the renditions of the unannounced flagship Huawei P20 (P11) and images of cases to it . The images confirm the main feature of the Huawei P20 - triple camera in the amount of 40 megapixels. It will be placed vertically in the upper left corner of the back panel. Under the lenses, it seems, there is a double LED (LED) flash, next to it - a window of laser autofocus. Judging by the renderers, the flagship will have a dual front camera, the features of which, alas, are still unknown. At the bottom of the front side, you can see the Home button - perhaps there will be a fingerprint scanner here. The frameless display will receive an aspect ratio of 18: 9. According to rumors, the heart of the P20 will be the Kirin 970 processor, which is already used in Mate 10 Pro. 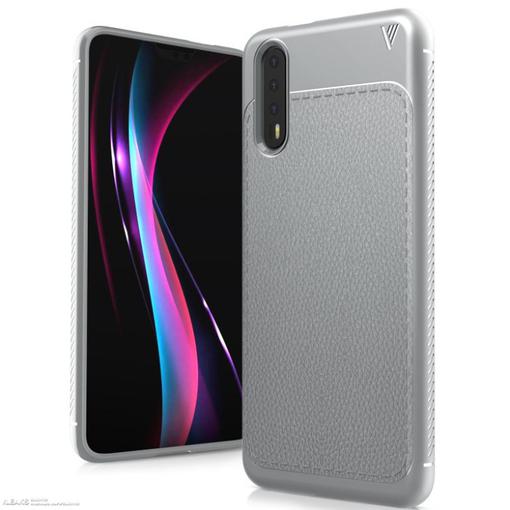 MIUI 9 was supposed to be released on Redmi 3S in December, but due to a huge number of errors, the update was postponed, and then decided to cancel altogether and immediately update the smartphone to version 9.2. The update received the build number MIUI 9.2.2.0.MALMIEK and weighs 376 MB . Unfortunately, the firmware version is still based on Android Marshmallow and has an obsolete security patch for April 2017. Xiaomi Redmi 3S received a redesigned interface, updated applications: Gallery, Calendar, Mi Video, Mi Explorer and Mi Drop. But, unlike Redmi Note 3 Pro, Redmi 3S did not add the functions "Notification Shade", "Split Screen" and "Quick Switch". The update is already available for all smartphone owners, but for now as "Stable Nightly". The version of "Stable Build" should appear a little later.

Last summer, the Chinese company Huami introduced an interesting "smart" clock Amazfit Bip with good autonomy and built-in GPS. On the international market, the model was presented only now . Amazfit Bip equipped with 1.28-inch color display with a resolution of 176 × 176 pixels, which is always active and remains readable in any lighting. The dial is covered with a 2.5D-glass Gorilla Glass. According to the manufacturer, the battery life is about a month in a mixed mode or 45 days at a minimum. The capacity of the battery is 190 mAh. The case of the gadget is protected from dust and water according to the IP68 standard. On the back there is a heart rate monitor. In addition to physical activity, the clock monitors the owner's sleep and synchronizes the data with the Mi Fit application from Xiaomi. In the American store on Amazfit Bip you can pre-order at a price of $ 99 with the beginning of deliveries in March. In the home market, the clock will cost about $ 60.

A well-known resource DxOMark tested the camera flagship smartphone LG V30 . First of all, only the main camera module was tested. In video shooting, the smartphone scored 72 points, while for the photo capabilities the device received 87 points. The final score was 82 points. This is the level of the two-year Galaxy S6 and below all the flagships of 2017. This does not mean that the smartphone has a bad camera. For example, the V30 is well proven in conditions with insufficient visibility. The frames turned out to be detailed, thanks to optical stabilization. However, the "HDR" mode did not perform well. And it's worse than Pixel 2, iPhone X or HTC U11. Authors of the resource still did not like the work of the flash, as well as autofocus in video shooting.

Resource Mobile Fun showed official protective cases Samsung Galaxy S9 and S9 +, which reveal some interesting details. Covers are almost perfect for last year's Galaxy S8, so it's obvious that their dimensions will be the same. But the fingerprint scanner in the S9 was moved to the main camera. As expected, the "pluses" will receive a double camera. The video in the main news showed cases of different colors. In the eyes immediately rushes a rich purple hue. 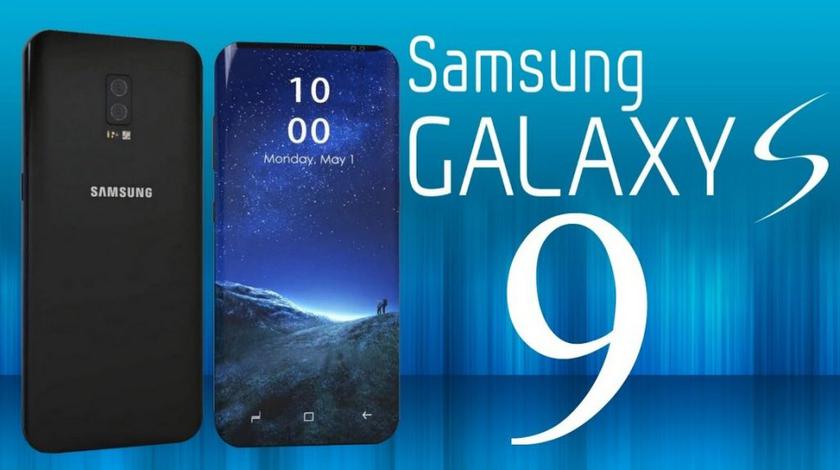 King of Leaks Evan Blass published an image of the blue Galaxy S9 + Coral Blue . It seems that this time @evleaks just changed the color shades on the existing renderers - just look at the "neon" lock screen, but you do not have to choose.

A small display size in a smart clock was often a problem for some users. Applications with each update are becoming more difficult and companies do not properly devote time to optimize them for hours. But Huawei may have found a solution to this problem by showing an interesting patent . The patent is submitted to WIPO (World Intellectual Property Organization) and it demonstrates innovative technology. According to the published image, a smart Huawei watch in the future can receive a special device that will design a signal for recognizing gestures above and behind the display. This technology will allow you to interact with the clock without touching the small screen.

According to the Chinese portal GizChina, the following flagships after the future Galaxy S9 will be called Galaxy X. The first possible reason - after the Galaxy S9 should go S10, followed by S11 and S12. In Samsung believe that such long names look ugly and can confuse users. After all, these names usually refer to laptops, tablets or other equipment. According to another version, the transition to Galaxy X means that the Korean giant is set to the maximum competition with the iPhone X. The third rumor is based on the fact that the flagship following the Galaxy S9 will receive a flexible or folding display, so the name Galaxy X for him is quite logical and the fear of confusing consumers or competition with Apple has nothing to do with it. 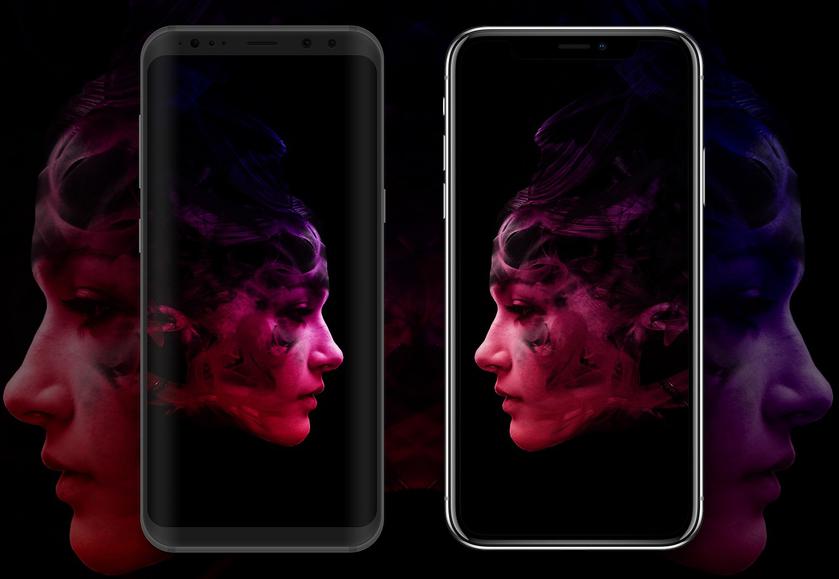 In AnTuTu passed a smartphone Samsung with the index SM-C9150 . Most likely, this number hides the model Samsung Galaxy C10 Plus. The novelty got a Full HD-panel with the usual aspect ratio of 16: 9. There is no exact data on the diagonal (most likely, 5.5-6 inches). Inside, the eight-core chipset Snapdragon 660 is installed. The operating memory is 6 GB, the built-in 64 GB. On the cameras AnTuTu does not say anything, but Samsung may well use the proprietary dual module for low-cost devices. 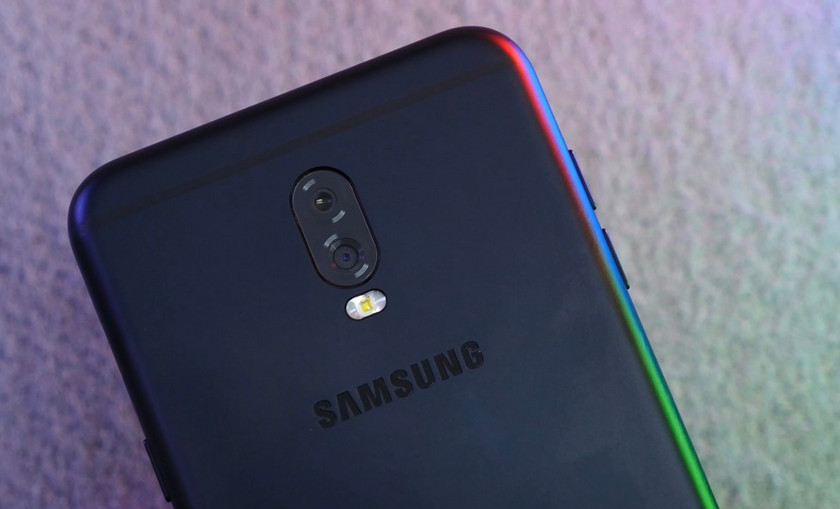