March 20, Huawei P20 Lite will be presented under the name Huawei Nova 3e

Chinese giant Huawei published on his page in the social network Weibo an invitation to the premiere of the smartphone Huawei Nova 3e. Under this name hides the model Huawei P20 Lite.

The advertising poster shows a turquoise tropical ocean, the outlines of a frameless smartphone and an island that is on the top of the display and seems to symbolize the aperture a-la iPhone X. 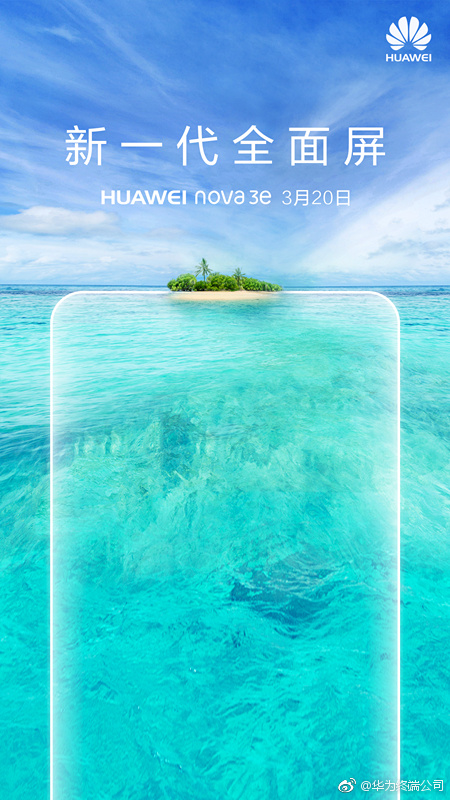 Announcement of the large-scale budgetary Huawei Nova 3e is scheduled for March 20, 2018. A week later, on March 27, in Paris will be a presentation of the flagship of Huawei P20 and his older brother P20 Pro. They should remain under the already known names.

According to rumors, Huawei Nova 3e will receive a native processor Kirin 659, 4 gigabytes of RAM, a dual main camera, a 24-mega-pixel camera and a fingerprint reader on the back cover.