In the well-known benchmark Geekbench, in addition to the unsanctioned Vivo X21 smartphone , the device with the model number Huawei EML-L29 appeared. It is believed that this name hides the future flagship Huawei P20.

Top smartphone Huawei equipped with a native processor Kirin 970, 4 gigabytes of RAM and the operating system Android Oreo 8.1. The results of single-core and multi-core tests are 1878 and 6699 points respectively. This is the performance of smartphones in the middle segment, but not a flagship. For comparison, Samsung Galaxy S9 showed a result of 3500 points in the single-core and 8500 in the multi-core Geekbench test.

For a sober and accurate assessment of the power of the Huawei P20, it is still worth waiting for the official announcement and final tests after the presentation, otherwise there were cases of deception of benchmarks. Then it will be clear how strong he is. And even if nothing changes, then nothing terrible will happen. For example, Huawei Mate 10 on the same chip Kirin 970. And this is a fairly productive smartphone for any tasks. 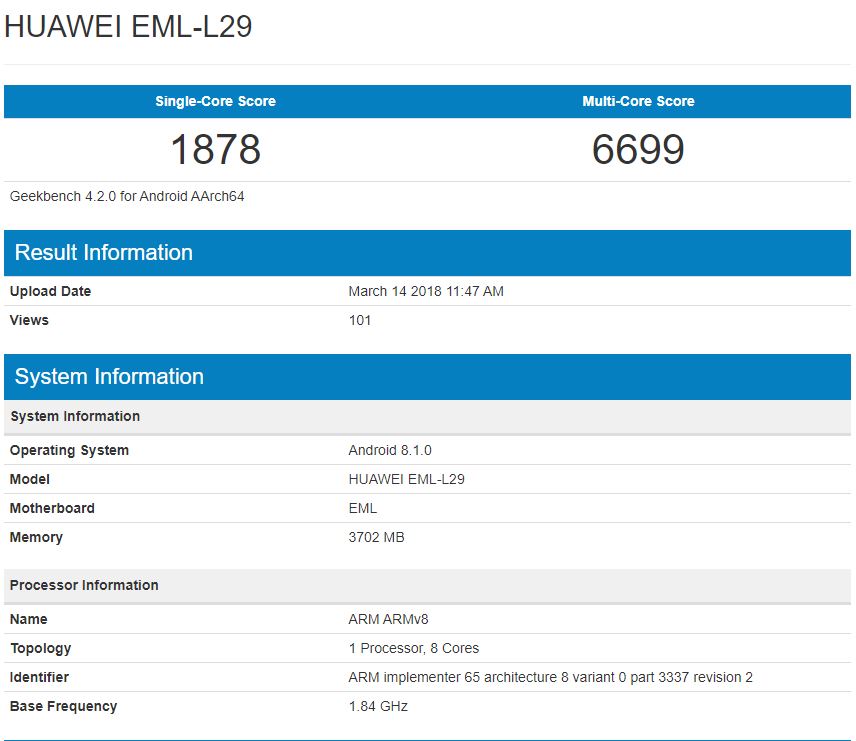