Sharp Aquos S3 announcement: a compact smartphone with a huge screen and a Snapdragon 630 chip

The company Sharp introduced the frameless smartphone Aquos S3. According to the developers, this is the most compact device with a 6-inch screen and a cutout. Its dimensions are 148.2 mm in length and 74.2 mm in width, and the thickness of the frames is only 0.8 mm.

In addition to the 6-inch IPS display with a resolution of 2160x1080 pixels (occupies 91% of the front panel), the Sharp Aquos S3 is equipped with a Qualcomm Snapdragon 630 processor, 4 gigabytes of RAM and 64 gigabytes of built-in flash memory. The main camera is equipped with a dual module for 12 and 13 megapixels with an aperture of F / 1.75. The front camera smartphone received an image sensor at 16 megapixels with an aperture of F / 2.0 and a face recognition function. On the back is a fingerprint scanner. The previous model, the Sharp Aquos S2, it was built into the display. Probably, this option was not liked by users and the manufacturer returned everything as it was. The USB Type-C port is located on the bottom panel. During operation, the battery responds to 3200 mAh. Manages the novelty OS Android 8.0 with the shell Smile UX. 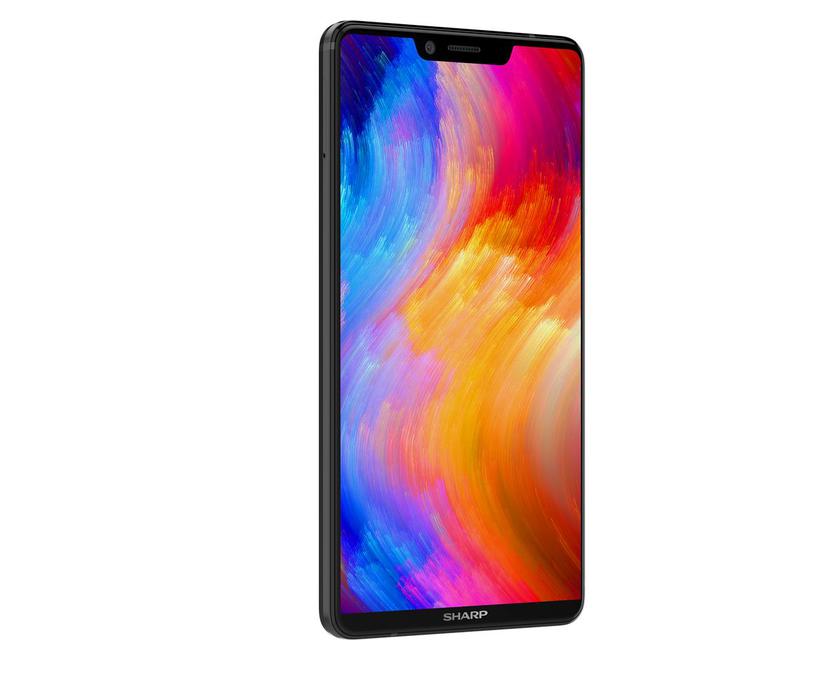 Sharp Aquos S3 should have been presented tomorrow, March 28 . But in Taiwan, the smartphone was introduced today at a price of 330 euros. Most likely, with the same cost the novelty will appear in other regions of the world. The start of sales is scheduled for April 1.

We are waiting for a stylish, truly frameless and effective smartphone with an average filling and an adequate price tag. The device came out as a worthy successor to Sharp Aquos S2, but went to the fashionable now copying the iPhone X. Still, the novelty will make a decent competition for Chinese manufacturers Xiaomi, Oppo, Lenovo, Huawei and others.