The smart mirror became more compact and received a 6.86-inch display with a resolution of 1280 by 480 pixels. The first model had an 8.8-inch display. The body of the novelty is made of aviation aluminum. The alloy excels in heat, so the device does not heat up much. The gadget is equipped with two cameras (rear and front) with the Sony IMX291 module. The latter received 6 lenses, a wide-angle lens with viewing angles of 150 degrees and aperture f / 1.8.

Like its predecessor, the Xiaomi Mi Smart RearView Mirror helps the driver to follow the road with built-in sensors and camera. When the car comes off the lane or is too close to another car, the machine emits a beep. Together with this, the gadget acts as a DVR and in the event of an accident with it you can see a collision or send video to a smartphone or computer.

Xiaomi Mi Smart RearView Mirror provided artificial intelligence and support for voice commands. In the presence of audio player and radio, so that the road was not boring. It is possible to connect a smart mirror to the Mi Home application for more detailed configuration and management. 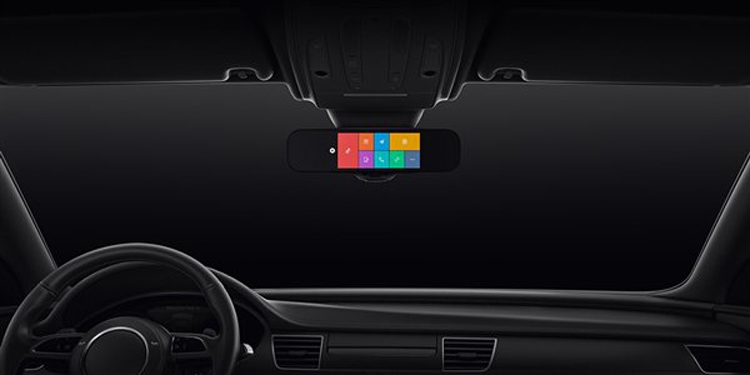 Updated "intelligent" rear-view mirror Xiaomi Mi Smart RearView Mirror will be on sale in China on April 3 at a price of $ 158. When the novelty enters the world market it is still unknown.