On the web, there appeared a video of the Doogee Mix 4 frameless slider without the iPhone X "visor"

Since 2016, smartphone manufacturers have hated the framework. They struggle with them as they can and go on tricks. Xiaomi moved the camera and sensors to the bottom of the front panel, and Apple set the trend for a "visor" at the top of the display with the output of the iPhone X. Smartphone manufacturers ran to copy the design in a flash, but Doogee has its way.

At the end of 2017, the company introduced the frameless slider Doogee Slide Screen, which pulled, at most, on a cool concept. Now in the network there was a video with a demonstration of the prototype Doogee Mix 4 with a similar format. This is only a layout, but it is already possible to evaluate the convenience of the design.

Doogee Mix 4 received 5.99-inch display, which occupies 97% of the front panel of the smartphone. The first thing that catches your eye is the lack of sensors, front camera and fingerprint scanner, which is not on the "back" of the device. Presumably, inside the smartphone will puff Qualcomm Snapdragon processor. 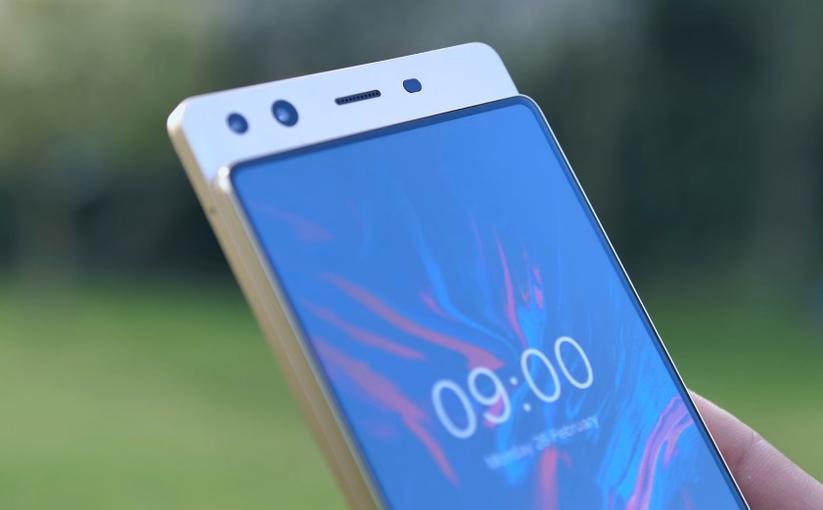 Judging by the marking of the fingerprint on the device's display, we conclude that the scanner will be placed under the display. But the camera and sensors hid behind the sliding part of the slider. This design has opened an additional space for the screen, without resorting to the help of a "visor". The main disadvantage of this design is that the speaker, as well as distance and lighting sensors, are hidden in the smartphone's casing along with the camera.

The author of the video, which demonstrates Doogee Mix 4, suggested that the smartphone will be released in winter 2018. At the same time, the appearance of Mix 3 should be expected this summer. Such conclusions of the author were prompted by the schedules of the first two models, which were announced in June and December 2017. The estimated price of the smartphone is $ 300.