The results of the week: the possible bankruptcy of Tesla, the first photo of Xiaomi Mi Band 3 and the announcement of the flagship LG G7 ThinQ

Analysts at Bloomberg report on the deplorable state of the company Tesla: for a long time, its revenues do not cover costs, so before the end of the year the corporation faces bankruptcy. Every minute Tesla "burns" for $ 6.5 thousand. The last 5 quarters turned out to be unprofitable for Tesla, and in 2017 it finished with $ 3.4 billion of cash in $ 9.4 billion of debts. If the company continues to "burn" money at such a rate - by the end of 2018, it will not have cash. In Tesla, the losses are explained by the costs of developing the first model for the mass market of Model 3 and covering the demand for Model S and Model X. It is possible that the company also suffers losses because of the large (even huge) number of employees. Ilon Mask will not receive a salary until the financial indicators begin to grow. But he is sure that Tesla will become profitable in the next quarter.

Samsung has begun developing a new firmware for the Galaxy A8 and A8 + . Information shared resource SamMobile. From their words the new tested version has the number A530FXXU2BRDx. It should update the Samsung Experience interface. In addition, there will be all the innovations of the Android 8.0 Oreo operating system. For example, the point of notification, autocomplete and more.

Xiaomi published the first official image of the fitness tracker Mi Band 3 . Now the manufacturer showed a poster, which depicts the dark silhouette of the gadget. The company offers to guess what is hiding on the teaser, and there is no doubt: this is the long-awaited Mi Band 3. No more information has been provided in Xiaomi, but we hope for a speedy release of the novelty, possibly in May-June. 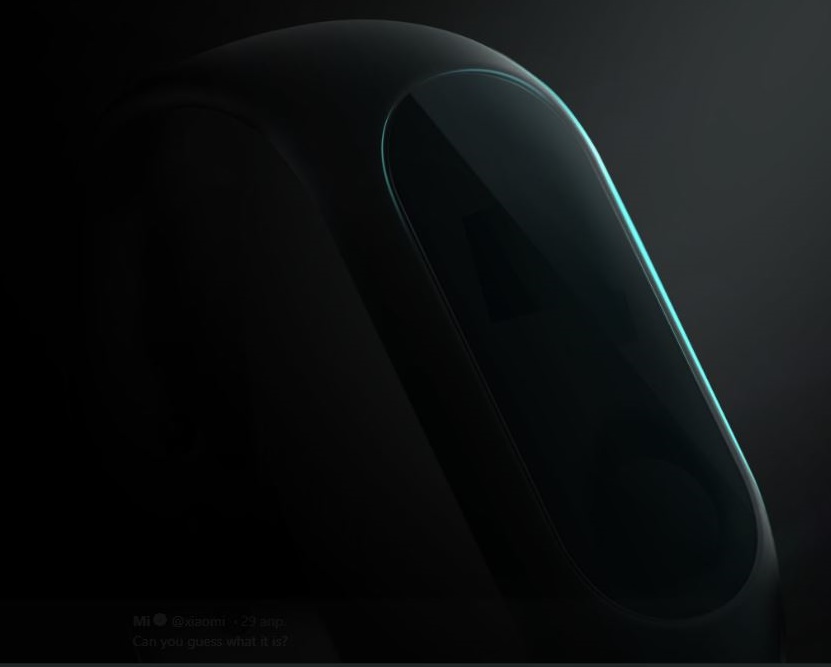 For the first month of sales, the flagships Samsung Galaxy S9 / S9 + sold 8 million units. But in the home market in South Korea, new products are much less popular , like the Apple iPhone X. For almost two months of its presence in the market, 707,000 devices of the Galaxy S9 series are sold, against almost a million for the Galaxy S8. At the same time, in April demand decreased two-fold - from 476,000 at the start to 231,000 units. Apple's situation with sales of the iPhone X is not better. At the end of February, the corporation shipped only 475,000 smartphones in the homeland of Samsung. In November and December, 139,000 and 163,000 devices were shipped, respectively. Even despite the lack of new products from competitors, in January, shipments fell to 103,000 pieces, and then to 70,000.

At the presentation in New York, there was an announcement of the flagship smartphone LG G7 ThinQ, which everyone will simply call LG G7. The heir of the LG G6 received a 6.1-inch display with a resolution of 3120 × 1440 pixels, a ratio of 19.5: 9 sides and a cut which, if desired, can be "hidden" by making the entire top panel black. As expected, instead of OLED, an LCD screen with a white subpixel is used. The technology was named Super Bright Display, because it allowed to significantly increase the brightness - up to 1000 cd / m². The format of HDR 10 is supported. The front panel is covered with Gorilla Glass glass 5. Complete characteristics of the novelty and its price list look in the original news .

In the queue for the upgrade to Android 8.0 Oreo were the Galaxy S7 and Galaxy S7 Edge . The company officially announced that the new firmware version will "arrive" on smartphones in mid-May. But the manufacturer warned that if there are any problems, then the announcement will be postponed. With the upgrade, the device should receive a fresh security patch, and the Android 8.0 Oreo innovations will also add to the firmware: notification points, autocomplete, etc. In addition, the Samsung Experience interface will be updated.

A couple of days ago, the BlackBerry Athena (KEYone 2) smartphone appeared in the TENAA database. Initially, the site had only images of the novelty, but now its characteristics also appeared. The smartphone will be equipped with a 4.5-inch touchscreen display with a resolution of 1620 × 1080 pixels. For the performance is responsible processor Snapdragon 660 (as in Xiaomi Mi 6X). The smartphone has 6 GB of RAM and 64 GB of internal memory, as well as a battery for 3360 mAh. The device will receive a dual main camera at 12 megapixels and a front camera with a wide viewing angle of 8 megapixels. "Out of the box" the novelty will work on Android 8.1 Oreo. Company TCL has not yet announced the date of the announcement of BlackBerry Athena. But, most likely, the presentation will be held in the near future.

The web has "live" photos of the unannounced smartphone iPhone SE 2. Judging by the pictures, since the release of the first model, the design of the device has not changed much. If you believe the published photos, iPhone SE 2 got almost the same design as its predecessor. True, the rear metal cover was replaced by a glass one, so the device will be equipped with wireless charging. The bottom panel shows a standard 3.5 mm audio input. This does not correspond to the latest rumors, where it says that there will not be a headphone jack. iPhone SE 2 will receive a 4.2-inch screen, A10 Fusion processor (like the iPhone 7), a fingerprint scanner in the Home button and an NFC chip. The exact date of the announcement of the novelty is unknown, but it is believed that this will happen already in May or in June. Fresh photos can be viewed in the original news . 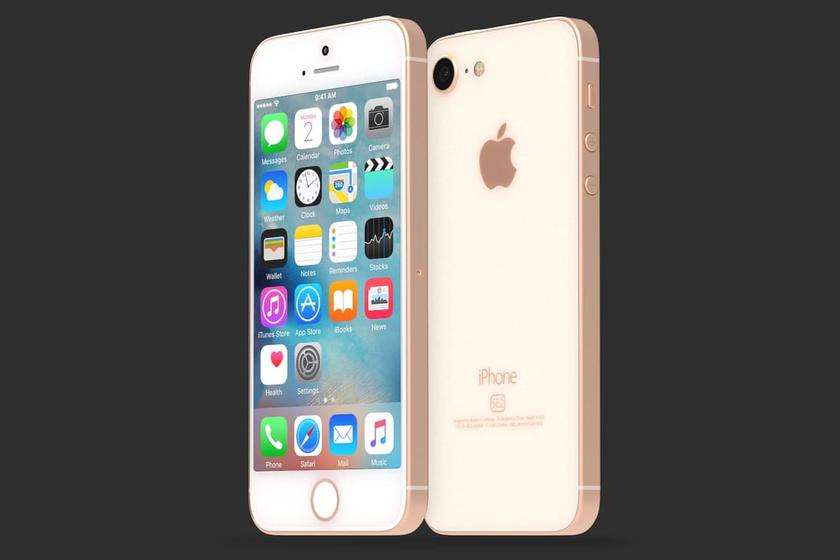 Xiaomi Company introduced a new 43-inch TV Xiaomi Mi TV 4A Youth Edition . The novelty has joined the series of smart TVs Xiaomi TV 4A, weighs 7.58 kg, and its length - 965.89 mm. The new "smart" TV has got a Full HD-screen with a viewing angle of 178 degrees and a refresh rate of 60 Hz. Inside is the 4-core Amlogic Cortex A53 processor with a clock speed of 1.5 GHz and Mali-450 graphics (750 MHz). The chip is supported by 1 gigabyte of RAM and 8 gigabytes of internal memory. Available ports are HMDI, USB, AV, Ethernet and an interface for audio output S / PDIF X. The TV was equipped with artificial intelligence, PatchWall technology and support for voice commands. Over time, artificial intelligence is trained and responds more accurately to user requests. 43-inch smart TV Xiaomi Mi TV 4A Youth Edition will be on sale in China on May 4. The price of the novelty is 269 US dollars. When it appears on the international market is still unknown. 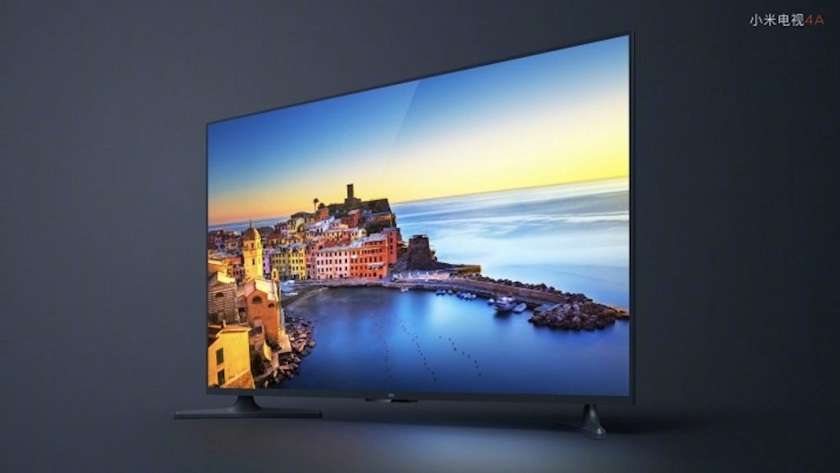