Rumor: Samsung, together with Olympus will make cameras for their flagship smartphones

It seems that Samsung has decided to follow the example of its colleagues and to partner with a well-known camera manufacturer.

According to Twitter insider @ heyitsyogesh, Samsung is in talks with the Japanese company Olympus, which has a wealth of experience in optics and photography since its foundation in 1919.

As per the info I got, both Samsung and Olympus talked about possible partnership. The current status and extent of this partnership is not exactly clear. They could work on a special edition Fold or we could see this happen on 'H3' (S22 Ultra) https://t.co/y4ykWKIIR7

Both companies have not yet officially confirmed their partnership, but Ice Universe insider, which is famous for its reliable leaks of Samsung products, assures that this is true. 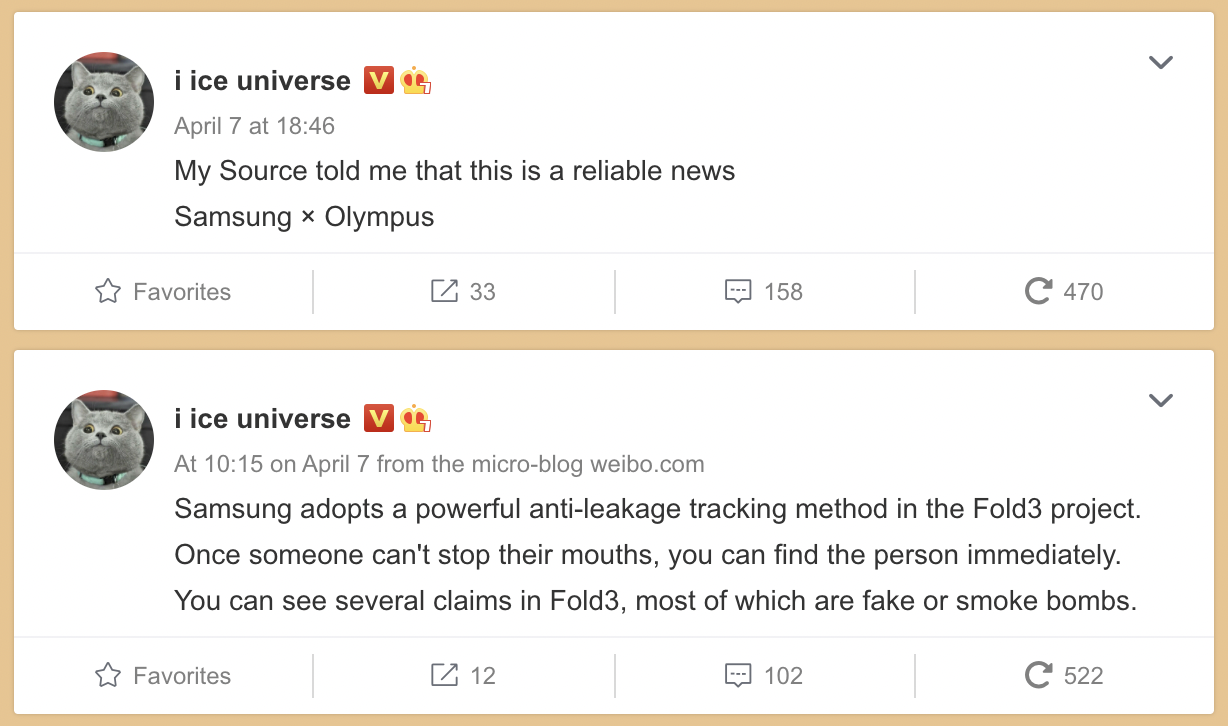 The leak also says that the first device with an Olympus camera may be a special version of the Galaxy Z Fold 3 smartphone, which is planned to be shown this summer or the flagship Galaxy S22 Ultra will receive it in the first half of 2022.

If you suddenly did not know, then partnerships between mobile companies and camera manufacturers are already commonplace. For example, Huawei has partnered with Leica for several years in a row, and recently Vivo began working with Zeiss, and OnePlus with Hasselblad.