Japanese scientists have published a new study detailing the successful creation of marbled beef made using 3D printing technology. The resulting meat product contains everything one would expect from a steak, including protein, fat, and even blood vessels. Such "cultured" steaks are more environmentally friendly than their traditional counterparts.

Wagyu Beef is an expensive, highly sought-after variety of beef from Japan; it differs from its cheaper counterparts due to the extensive fat marbling of the muscle tissue, giving it a unique texture. Although steak remains popular, cattle farming is rightly criticized as an unsustainable occupation that contributes to climate degradation. 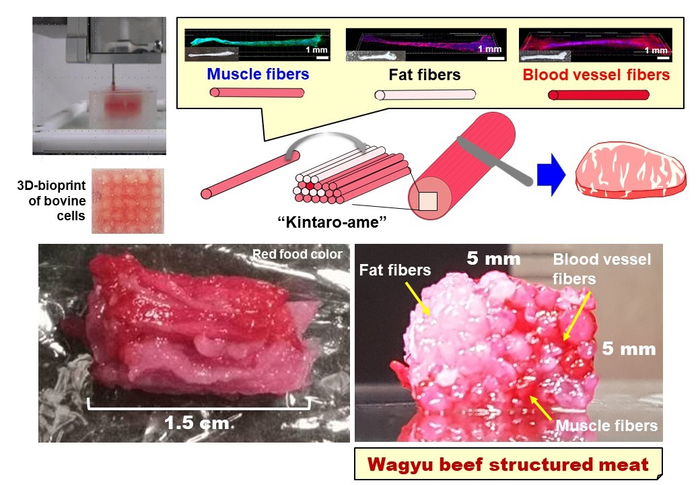 Cultivated lab-grown meat has been presented as the future solution to the climate and environmental problems associated with cattle breeding. Although the technology has improved significantly over the past few years, 3D-printed steaks still often lack the complex cellular structure inherent in real beef.

Researchers from Osaka University have addressed this problem in their new study, reporting that they were able to create their own synthetic beef with a realistic cellular structure using a 3D printing method. Two types of bovine stem cells were used in the process, which were grown and then fabricated using bioprinting.

The end product is a printing system that can be used to produce individual beef products, including the popular and complex Wagyu steak with a fat layer. Other configurations, such as those with lower fat content, can also be produced.