Samsung has half of the global smartphone display market

Strategy Analytics has published the latest statistics on the global smartphone display market. It is reported that in the first half of this year the industry saw growth.

In the period from January to June inclusive the volume of panel sales amounted to about $21 billion. It is noted that there was double-digit growth compared to the same period last year, but exact figures have not been announced. 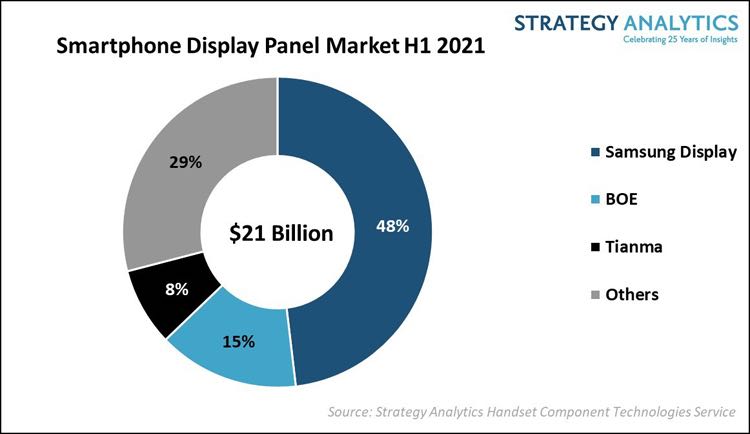 Samsung Display is the market leader: the company controls almost half of the industry in money terms - 48%. BOE Technology is in second place with 15% of total revenue. Tianma Microelectronics completes the top three with about 8% in the first half of 2021.

Analysts point out that the global smartphone display market is growing mainly due to the supply of panels based on organic light-emitting diodes (OLED) for mid- and high-end devices.

In addition, it should be noted that the industry revived after last year's recession caused by the closure of telecommunication showrooms in connection with the pandemic.