Realme has unveiled the new Realme UI 3.0 firmware and also published the official list of smartphones that will receive the update and the release schedule.

Realme UI 3.0 has a number of visual changes compared to the previous version of the interface. The app icons are now more voluminous and vibrant, and through clever space management, the interface is nicer. Users will be able to manually customize the color theme and the Always on Display screen.

Privacy is also mentioned. Realme UI 3.0 provides the ability to delete geolocation data and hidden smartphone information from photos before sending them to other users. In addition, the user will be able to view the permissions given to the apps.

Until the end of this month to try out the innovations of the fresh version of the firmware will only be able to owners of the flagship smartphone Realme GT. Realme UI 3.0 will be available for four more models in December 2021:

The company plans to update about two dozen more smartphones by the end of the first half of next year.

It is worth noting that the Realme GT Explorer Master model powered by the Snapdragon 870 CPU is not listed. Perhaps by the designation Realme GT Master Edition the company means both smartphones of the family. In that case, the total number of devices that will receive Realme UI 3.0 increases to 23 units. 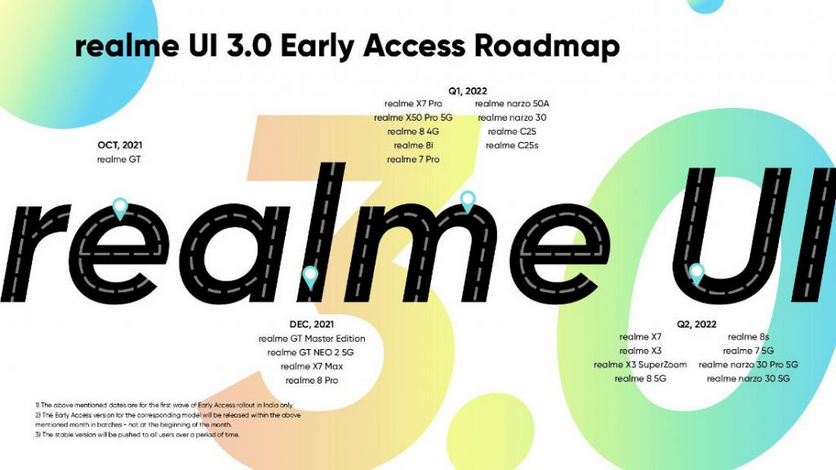