New Apple MacBook Pro unveiled: everything we've been dreaming of

The next generation MacBook Pro was unveiled today by Apple with pricing and release date information. The MacBook Pro runs on Apple's own M1 Pro and M1 Max chips, with a design that's similar to what we've seen in the past (with some improvements or differences). The MacBook Pro unveiled today has multiple ports on each side and a "monobrow" for the camera in the top edge of the display.

Touch Bar is gone, the function keys are back, and there's a headphone jack. On the right side of the MacBook Pro with 16-inch display is a full-size HDMI port, a USB-C port and an SD card slot. On the left are two more USB-C ports and a headphone jack, as well as a MagSafe 3 power port.

Apple also revealed its new M1 Max and M1 Pro chips. Apple said that the M1 Max is made using a 5nm process technology with 400GB/s memory bandwidth. This chip has a 10-core CPU and up to 32 GPU cores, 57 billion transistors and a 16-core neural engine. Rounding out the picture is 64GB of combined memory, a secure enclave, Thunderbolt 4 and readiness to support four external displays at once. 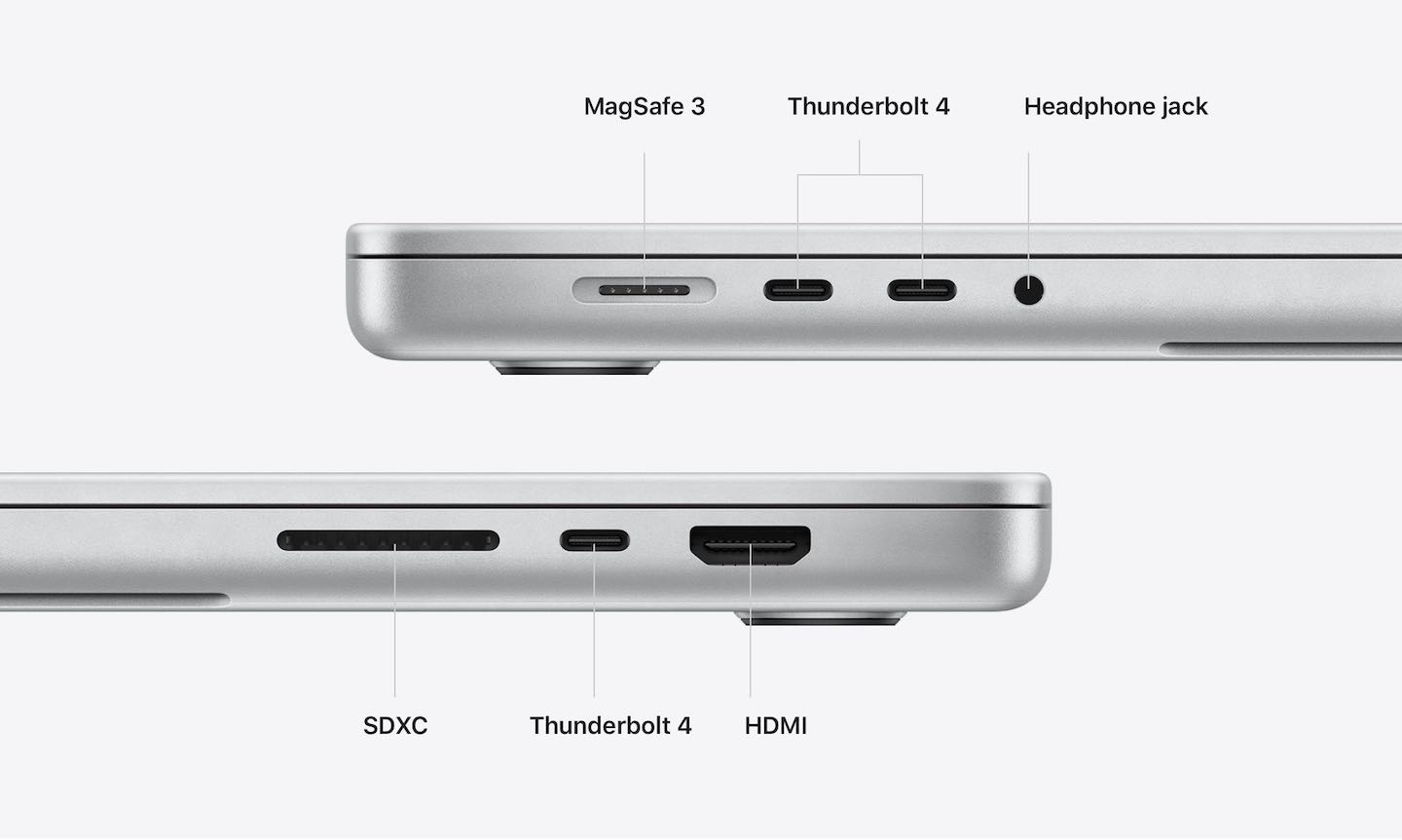 Prices for the devices start from 1999 USD for the junior model and from 2499 USD for the senior model. The maximum price for the most advanced configuration (MacBook Pro 16" with 64 GB of memory and 8 TB of storage) is 6099 USD. Professional hardware - professional price.

You can order new MacBook Pro today but delivery time is growing by leaps and bounds and at the time of this writing has increased from 1-3 to 4-6 weeks.