As the insider said, the new product was called not MediaTek Dimensity 2000, but Dimensity 9000. This is the world's first chip built on  TSMC technologies. It is also the first processor to use the ARM v9 architecture and new core layout. Chip got one high-performance core with a maximum clock frequency of 3.05 GHz. It is complemented by three medium cores at 2.85 GHz and four energy efficient at 1.8 GHz. Responsible for the graphics in the new product accelerator ... 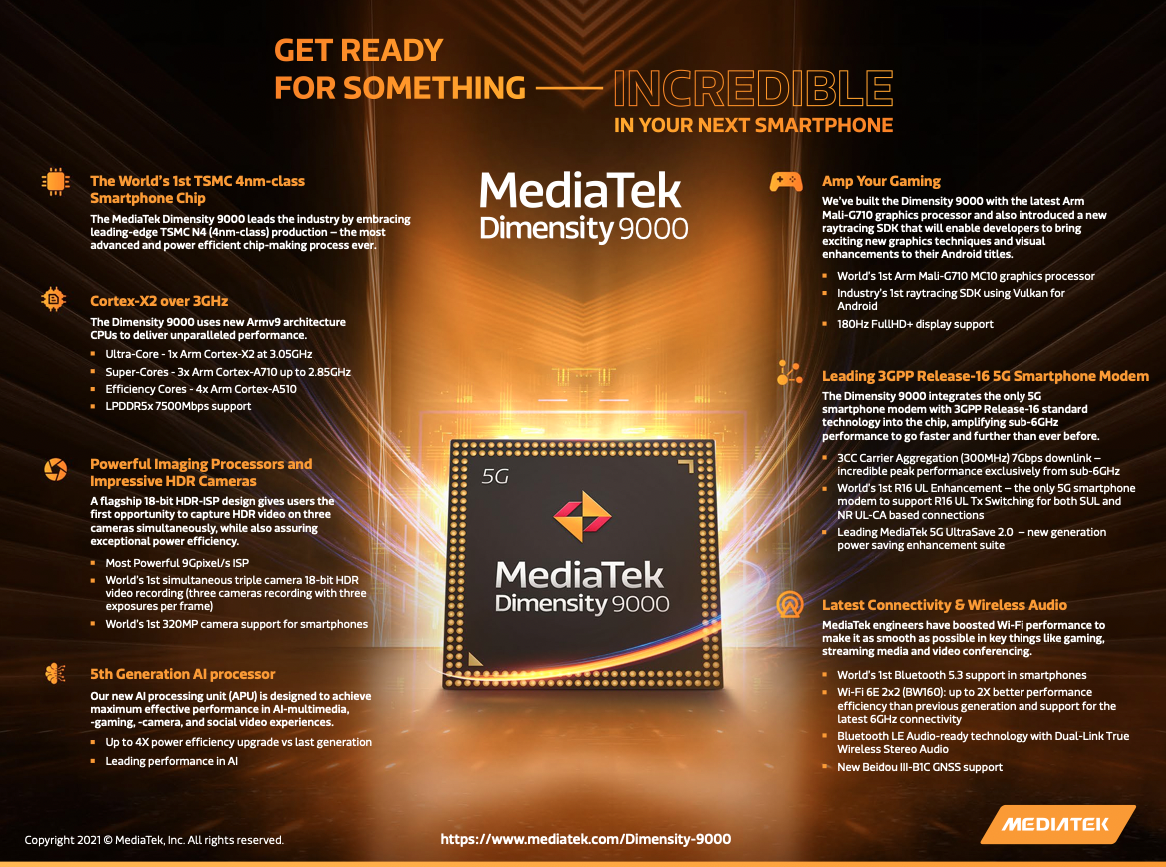 Interestingly, Dimensity 9000 also received the fifth generation APU module, which is responsible for processing ... A new one was also installed in the chip ... It does not support mmWave, but it received 3CC aggregation with a maximum data transfer rate of up to 7 Gbps. Other features will include support for 6E, Bluetooth 5.3, LPDDR5x, FHD + displays up to 180Hz refresh rate and new image signal processor. It lets you shoot 4K simultaneously from three cameras or take pictures from a sensor up to 320 MP.

MediaTek has already started mass production of the new chip. The first smartphones based on it will appear in the first quarter of 2022. By the way, Dimensity 9000 will compete with the chip Snapdragon 8 Gen1who will debut at the end of this month...