Realme Pad: the company's first tablet with a 6.9mm body, 10in screen, MediaTek Helio G80 chip, LTE and a price tag starting at $190

After months of rumors and leaks, the company Realme finally announced its first Realme Pad tablet.

New product received metal case with thickness of only 6.9 mm. The device is equipped with 10.4-inch screen with IPS-matrix and a resolution of 2000×1200p. The display covers 82.5% of the area of the entire front panel. 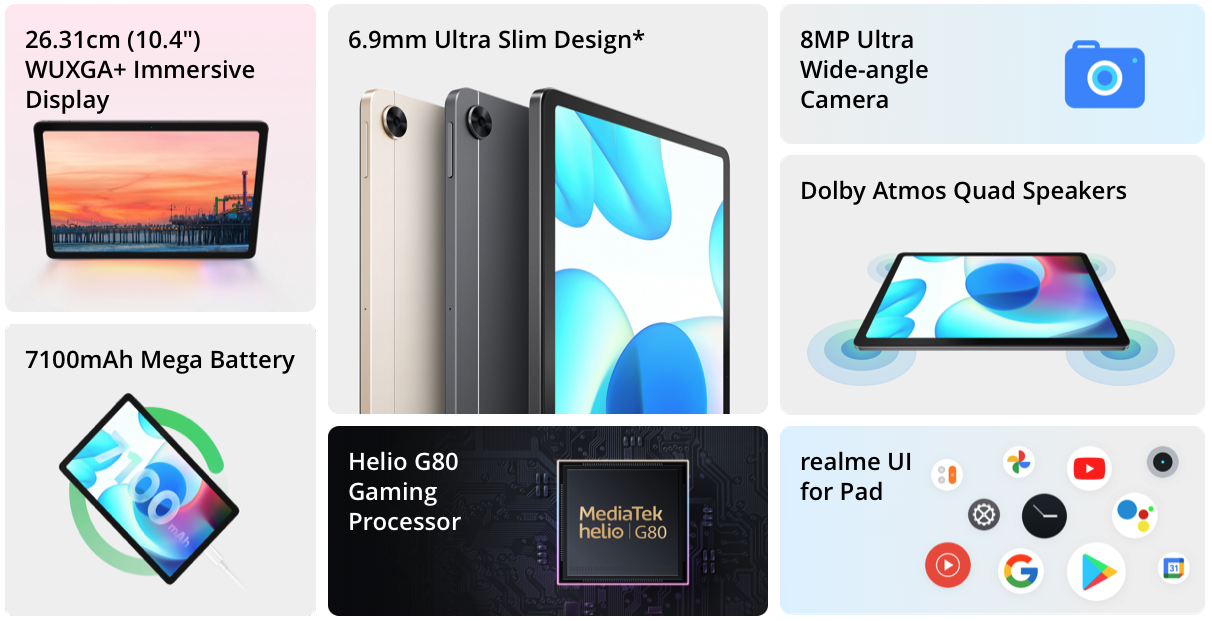 Inside, Realme Pad has a MediaTek Helio G80 processor paired with 3/4GB of RAM and 32/64GB of ROM. If necessary, the built-in storage can be expanded with a microSD card. The novelty is powered by a 7100mAh battery. It is charged via USB-C port using an 18W power supply. The tablet supports reverse charging.

Realme Pad is also equipped with four speakers with Dolby Atmos technology, the main camera for 8 MP and the same front. It comes with the operating system Android 11 and a proprietary Realme UI for Pad. It is specifically optimized for the large screen tablet.

Realme Pad will get available in India on September 16. The novelty will be in two colors, Real Gold and Real Grey.

Recall that besides the tablet, Realme today also revealed smartphones Realme 8i and Realme 8s 5G.