Pocket Computer: the History of Systems Transforming a Phone into a Computer

There were many new releases and devices at MWC 2016. And there are a lot of articles about the event, but I considered the most interesting to be the HP Elite x3 smartphone. It is really interesting, powerful and perfect mobile device and it works with the Windows 10 Mobile OS and supports one of the main features of the Microsoft OS called Continuum. Microsoft tries to develop a single overall operation system. The idea of a Pocket Computer is more and more popular these days. But our history remembers projects and devices with that kind of concept. And today I’m going to talk about them and to think about perspectives of Continuum and another very interesting project. 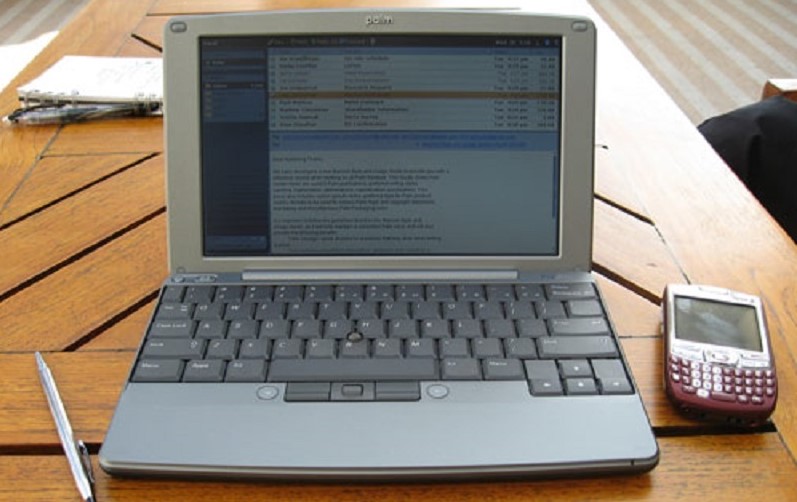 It started back in 2007 when Palme revealed so called mobile companion Palm Foleo. It was something like a 10 inch laptop with full size keyboard and full feature office, internet and email applications. The operation system was Linux and the battery lasted upto 5 hours. Nevertheless Foleo was not marketed as completely stand-alone device. Palm was planning to pair Foleo with a smartphone for constant synchronization and communication usage as an extra feature to its WiFi capacity for internet. Palm Foleo featured USB and SD slots and a connector for headphones. The price supposed to be around $500. It was ceased once Jon Rubinstein joined Palm. He considered the device to eat excessive attention from the main mobile phone business of the company. But I personally think the device became obsolete because of its price and weak ecosystem. The the idea of Plam survived and soon the World met the Celio Redfly netbook. It looked mostly like an ordinary netbook but it was not one. Actually it was an accessory for Windows Mobile smartphones and communicators and connected to them via Bluetooth or USB for full control.

The idea of Redfly was to transform any communicator into a laptop with a normal keyboard and 800x480 8 inch display. They pair could be handy for presentations. It was quite an interesting solution but the price of $499 killed the nice idea. For the money you could buy ASUS EeePC with full featured Windows XP. Later the price dropped to $199 and they add the support for BlackBerry and Android, but any farther attempts to revive the project failed. In September 2011 at CES Motorola presented the brand new Atrix based on Android 2.2 operating system. I have to admit it was the most advanced device by technical specifications.

The company also revealed a very interesting dock station transforming the smartphone into a laptop. The dock station featured 11.6 inch display, hardware keyboard and battery. The dock connector for the smartphone situated behind the display. Thus all computing was done by Atrix but you felt like working with a full featured laptop. The idea was quite simple. Connecting a phone to Lapdock you could use Webtop to run a full featured PC over a laptop.

Motorola marketed Webtop as a bridge between mobile and PC environments. But the price for Lapdock and limited functionality caused sales under the expected level. The project faded out slowly, the Motorola declared they stopped working on Webtop, but it was not a surprise by the time being. The company was in a deplorable situation and soon was sold to Google and then to Lenovo. But it was a completely different story. Creativity of this developer from Taiwan surprises and amuses all the time. Their devices used to have high functionality, advanced ideas and unusual appearance. And the company generates new ideas non-stop and they created a vary nice triple hybrid. They think mobile communications are fellow traveler for everyone now but sometimes you need a larger screen or a keyboard, especially when you need to do a lot of text work. But to control three different devices, charge them in time and synchronize may be a real pain. PadFone may be called a super transformer when a smartphone turns into a tablet and then into a laptop.

ASUS PadFone is a unique device working as a smartphone, tablet and laptop at the same time. First of all it is a powerful smartphone with great functionality. But you can put it into a tablet dock station with a large 10.1 inch screen. Then you can connect it to a keyboard dock station and get a laptop. You can’t over value the functionality of this device. The company did anything to meet your mobile needs.

But as usual the problem was the price. For the money you could buy a very good smartphone and a tablet made by, sic!, Asus. Nevertheless the project was long lasted and had a lot of fans. 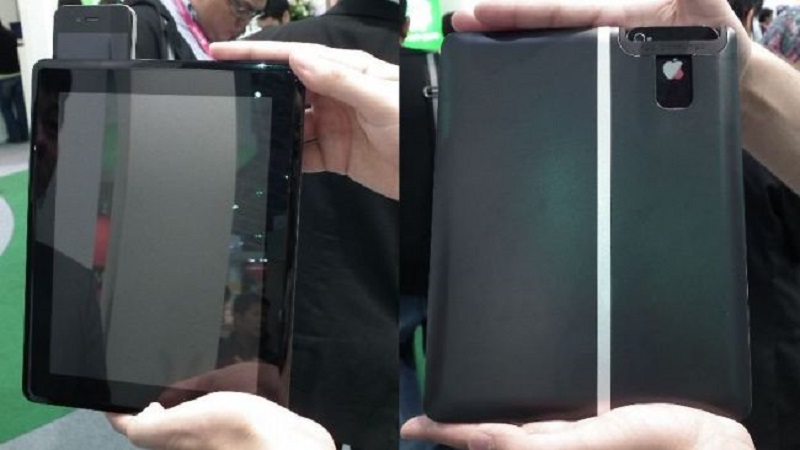 There was one interesting product made by Elitegroup Computer Systems (ECS) and presented at Computex 2012. It was similar to the idea of Asus but aimed any smartphone. At the exhibition they used iPhone 4s. But the project was not completed. There was various fantastic rumors about like the project did not have enough money and the developer had no idea where to go to. But the main cause was Apple as they didn’t like experiments like that with their phones. So ECS stopped project without even a working sample made. 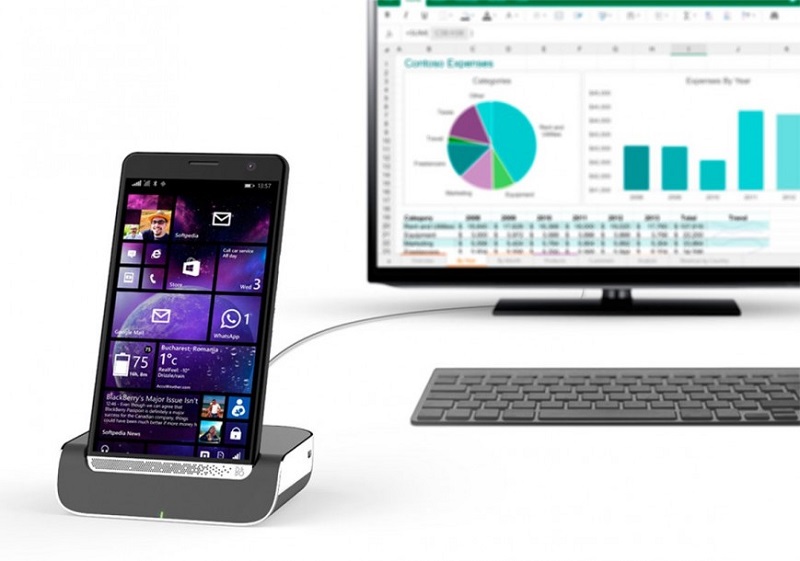 One of the main features of Windows 10 operating system is its versatility and compatibility for any platrform. It works like this: you connect your Windows 10 Mobile smartphone to an ordinary exteral display and get natural Windows 10 desktop (e.g. the Start menu, task pane, etc.). No you cannot run .EXE files but you can use applications from the app store that can fit to a larger screen and work ok.

You can see it in office applications (BTW, Microsoft Office is also updated) and videos/movies. Say, you started to read and edit your document with a Lumia 950 on your way to your office and finish doing it right at your work place with your smartphone connected to your desktop. The same with movies: you can start watching a film on your gadget of  and see end titles on your laptop or large screen. And vice versa.

Recent announce the HP Elite x3 smartphone demonstrates the idea of Microsoft can survive. Well, many can say it is a niche device only for business. But, god damn it, it is really cool with all new features for work and entertainment! The Desk Dock docking station  supports various periphery and can output picture on a separate display. Mobile Extender looks very much like a solution from Motorola. The price is a little be high, but it is worth. Indiegogo and Kickstarter are great places to realize sometimes even very crazy ideas. Recently the Nex Computer startup company from California started collecting money for their NexDock project. As they say, NexDock will improve your interaction with smartphones, tablets and desktop PC-on-Flashes.

The device will have full size keyboard with a touchpad, 14.1 inch display and own power supply. The resolution of the TN display will be 1366x768 px. The built-in battery offers nice 10,000 mAh.

It best fits with the newest Windows 10 smartphones that support the Continuum functionality to switch between portable and desktop modes. IOS and Android devices can also be connected to NExDosk via a HDMI or wireless interface. There are two USB ports, microSD slot and standart 3.5 mm audio jack.

In 2010 Steve Jobs predicted a post PC era – no PCs, only multi functional mobile devices, terminals that can do anything. Well, the era is not yet here as a real revolution may happen only when 90% of people can do their stuff with a single smartphone. Are we on the way?