Testing of the Air One personal eVTOL is now underway

Air's first fully-functional eVTOL prototype has begun flight testing after being certified for airworthiness. The Air One is a two-seat manned multicopter with wings that's intended for personal use and has a price tag of US$150,000. Things are moving quickly for this Tel Aviv firm. Air emerged from stealth nearly a year ago, unveiling its full-scale prototype at the Kentucky Derby just a few months ago after flying numerous small-scale prototypes of its design. Now that the full-sized aircraft is in the air, testing has begun.

The One is a somewhat unusual eight-prop coaxial multicopter with two rather heavily slanted wings that give it a distinct twist. This machine tilts to fly like any other multicopter and lacks a fully wing-borne efficient flight mode - nor, for that matter, does it have any control surfaces on the wings. When fully tilted forward at speed, the wings provide some lift to take some strain off of the props and powertrain. 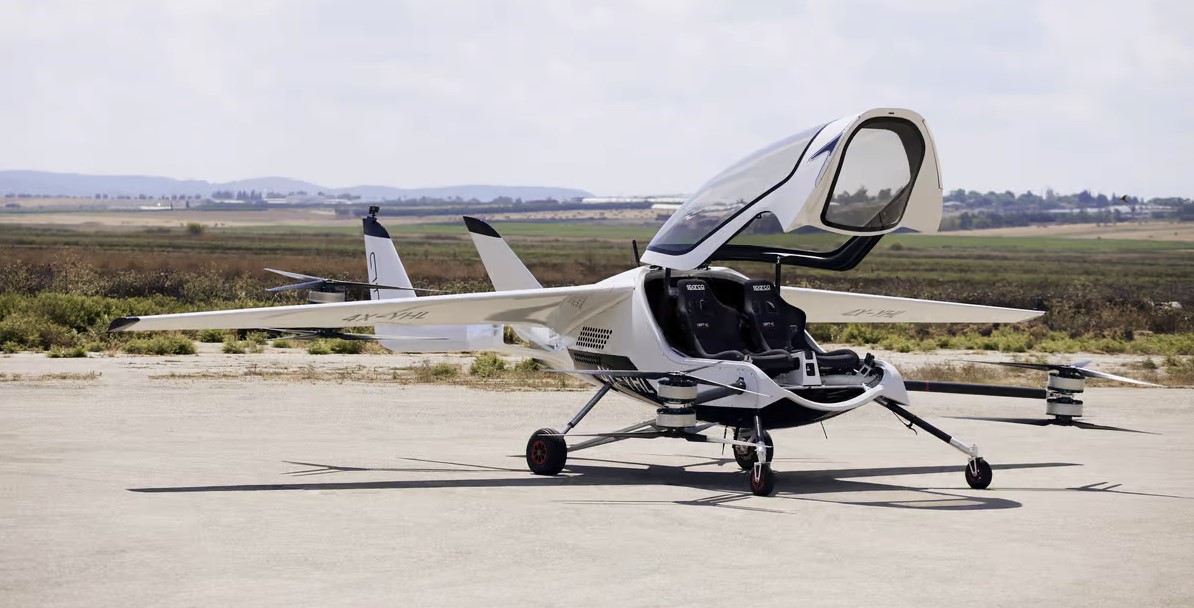 The full-scale prototype, weighing 868 kg (1,914 lb), took its maiden flight in a field in Megiddo, Northern Israel, on June 21. The aircraft is expected to reach a maximum speed of 250 km/h and a cruising speed of 160 km/h. Peak power is 771 horsepower, maximum payload is 250 kg (551 lb), and Air claims it will fly for around an hour on a battery charge with a maximum range of 177 kilometers (110 miles). This was a fairly basic tethered hover, and the company has already taken it up several times in recent weeks. Nothing too remarkable for most people; the Air team is going crazy in the clip below, flinging champagne showers and ice bucket dumps for the cameras like they've just won the Superbowl.

At a starting price of $150,000, it's almost double the cost of the Jetson One. However, you get three times the flight range and one hundred percent more seats for that extra money. We haven't seen any cup holders yet, but we've been pleasantly surprised in the past. Air claims to have sold over 150 of them already, with certification and first customer deliveries planned for 2024.