Google has released a new version of the Camera app.

The program came out with the name Google Camera 8.6. The main visual change in this version of the app is the "Modes" tab at the end of the carousel. Now the buttons "Panorama", "Photosphere" and "Lens" are placed in a rectangular box, instead of on top of the camera preview. In addition, the buttons have been moved to the bottom of the screen so that they can be reached more quickly. They also now support dynamic colors like other interface elements. 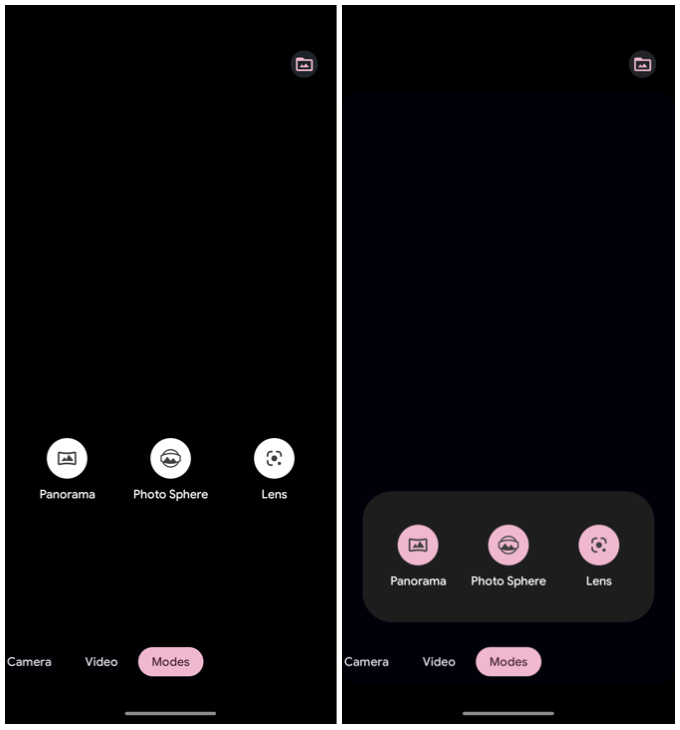 The Pixel smartphone owners have already begun to receive Google Camera 8.6 app. You can check for the update at Play Store.