5 useful accessories for PlayStation and Xbox

While Dendy, Sega Megadrive and even PlayStation One came with two gamepads at once, today's game consoles come with only one. To play games with two friends sitting next to each other on the same couch, you will definitely need a second joystick. In addition, for some games it is desirable to have a highly specialized controller, such as a steering wheel for auto racing. To quickly download games of 100+ GB each from the Internet you will need a fast Wi-Fi router. To store all these games, an additional SSD, preferably internal rather than external (not all games can be launched from an external one). And to protect your console and TV from power surges, it is wise to get a voltage regulator.

The Razer Wolverine V2 Chroma is a wired gamepad for Xbox Series S, Series X, Xbox One and desktop consoles. Compared to its wireless counterparts, it minimizes input lag, so it's better suited for dynamic multiplayer games. Based on mechanical switches with a distinct tactile feedback to better understand when keys are pressed. The depth of the triggers can be adjusted programmatically, and the size of the sticks can be physically changed. Long sticks increase accuracy, and short sticks increase speed.

There are six macro keys that can be programmed via Razer's proprietary app for Xbox and PC. Compared to the original Wolverine, the V2 version has thinner, but also rubberized grips for a more comfortable grip. The D-Pad's crossbar is now one-piece, rather than separate, for easier diagonal pushing. The cable was changed from fixed to removable USB Type-C. The word Chroma in the model name, as in the case of any other Razer products, means customizable and synchronized RGB backlighting. 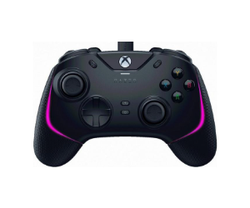 Unlike budget gaming steering wheels, Hori's creation has a large diameter and a wide swivel angle of up to 270 degrees, which is as close to a real car as possible. There are hand paddles under the steering wheel that are used for throttle and brake in real Formula 1 cars, and separate foot pedals are also included. Steering angle, dead zones, pedal sensitivity, and other settings are fine-tuned. The rugged steel base of the handlebar is securely attached to the table with clamps. 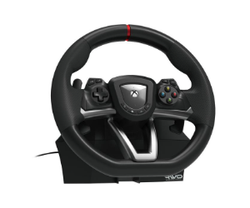 Solidigm P41 Plus SSD for PS5

Reasons to Buy: Progressive PCIe 4.0 bus, high speed up to 4125MB/s, moderate heat.
Reasons not to buy: Takes up a chunk of system RAM.

Solidigm P41 Plus is a series of SSDs from a young brand co-founded by Intel and Hynix. It includes models ranging in capacity from 512 gigabytes to 2 terabytes. The SSD is made in M.2 format with a fast PCIe 4.0 bus. This makes it compatible not only with desktops and laptops (backward compatible with PCIe 3.0 and even 2.0), but also with the PlayStation 5 game console. Recall that it requires a purely PCIe 4.0 SSD, and preferably not hot - good thing Solidigm P41 Plus is just that.

Moderate heat is achieved by using the SM2269XT controller. This is Silicon Motion's latest PCIe 4.0 controller, which delivers up to 4125MB/s sequential read and 3325MB/s sequential write speeds. While not record-breakingly fast by PCIe 4.0 standards, it's noticeably faster than even the flagship PCIe 3.0 SSDs, which are often even more expensive. The XT suffix means the SSD does not have its own operating buffer. Instead, HBM technology uses some of the PC's system-wide RAM. 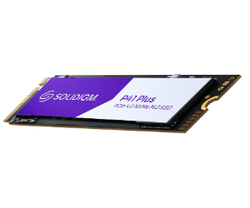 Reasons to buy: Wi-Fi speeds up to 2400 + 600 Mbps, four external antennas, Gigabit Ethernet ports.
Reasons not to buy: If you need to create a backup 3G/4G channel.

The Tenda RX9 Pro is one of the most affordable routers with full-speed Wi-Fi 6. It can exchange data over the air at 5 GHz with a single client device at speeds up to 2,400 Mbps. Whereas most competitors at this price point only offer half the speed, up to 1200 Mbps. The second built-in Wi-Fi 4 radio transmitter delivers speeds of up to nearly 600 Mbps at 2.4 Hz. And that frequency is also about one and a half times longer range. All in all, AX + N Wi-Fi speeds of up to 3,000 Mbps are obtained.

Wired connection is represented by four Gigabit Ethernet ports: one WAN input port for the cable of the Internet provider and three LAN output ports, for example for a desktop PC, smart TV and NAS storage. A 1.6 GHz dual-core processor ensures stable operation without stuttering. Four external directional antennas with +6 dB gain provide a large coverage area thanks to MU-MIMO and Beamforming technology. The transmitted data is securely protected by WPA3 encryption.

Reasons to Buy: Power 1200W, voltage stabilization 150 - 270V, toroidal transformer.
Reasons not to buy: If you need a UPS with a battery.

The nJoy Alvis 2000 is a voltage stabilizer from a household power outlet that levels out to the standard 230 volts sags to 150 and spikes to 270. For comparison, a typical gaming console or TV power supply is able to level out only 200 - 240 volts on its own. That is, at a low voltage below the norm, the device simply will not turn on, but at too high a voltage, there is a high risk of damage. An external stabilizer will even out all these problems.

There are two Schuko sockets and a display informing about the input and output voltage. The progressive toroidal transformer made the stabilizer relatively compact and quiet compared to the old armored and rod transformers. The 2000 volt-ampere or 1200 watt capacity is enough to secure almost all electronics and appliances in the house except for the heating one. However, the nJoy Alvis lineup includes stabilizers up to 5,000 VA or 3 kilowatts.

For those who want to know more.