Executive Director Xiaomi Lei Jun made an official statement and confirmed that the company's next flagship will receive a single-chip Snapdragon 845 system. When exactly it will be presented and as a smartphone will not be known yet, it is clear that the first flagships with Snapdragon 845 will be Samsung Galaxy S9 and Galaxy S9 +. The flagship Xiaomi will be the first Chinese device on this platform. Later on this same single-chip system should go Xiaomi Mi Mix 3. 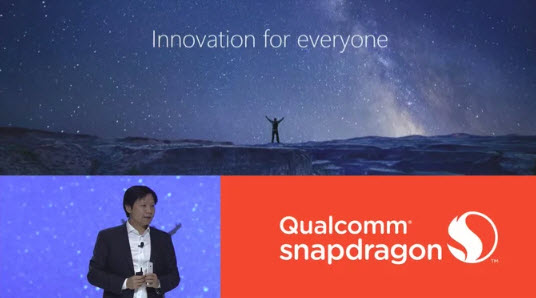 According to rumors, the new flagship of Xiaomi will be Mi 7. In addition to the 845 chip, it is credited with an AMOLED screen of 5.8 inches with an aspect ratio of 18: 9 and a protective glass of Gorilla Glass 5. RAM - 6 or 8 gigabytes and 128 or 256 gigabytes built-in memory depending on the version. The main dual camera will receive two 19-megapixel modules with an aperture of F / 1.7 and a four-fold optical zoom. The front camera will be equipped with a 16 Mp image sensor. During the work of the new items the battery responds to 3950 mAh. Manage the work will be MIUI 9. Estimated date of announcement Xiaomi Mi 7 - March-April 2018. Nothing is known about the price yet.