Frameless Sharp Aquos S3 has been certified in Taiwan

Since the launch of the frameless smartphone Sharp Aquos S2 has been less for six months, and in the base of the Taiwanese regulator NCC appeared model FS8032. It is believed that this index hides the future Sharp Aquos S3.

According to new data, Sharp Aquos S3 will be equipped with a standard for this model frameless design, 5.99-inch screen with an aspect ratio of 18: 9 and a Snapdragon 630 chip (or 660). The processor will be assisted by 4 gigabytes of operative and 64 gigabytes of internal memory in one version and 6 gigabytes of RAM and 128 gigabytes of internal memory in the other. The main camera received a dual vertical module (like the iPhone X) for 13 and 12 megapixels. The front camera will be equipped with a 16 Mp image sensor. There is a fingerprint scanner. For the time of operation the battery is responsible for 3100 mAh. The price and the date of release of the novelty is still unknown. 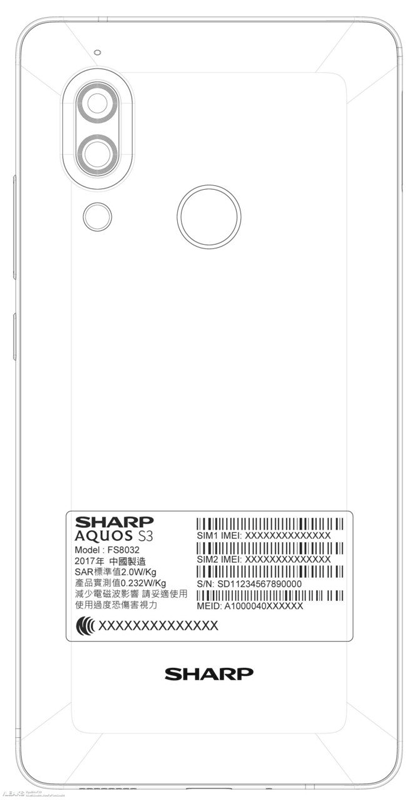 Judging by the fact that Sharp Aquos S2 was introduced in August 2017, the announcement of Aquos S3 should not wait until this date. But because of the mass production of frameless devices by many manufacturers, Sharp may have decided not to wait so long and announce the new device earlier. The Japanese want to have time to compete in the modern full-screen mobile market, because they were his pioneers.