According to rumors on the web, the smartphone Xiaomi Mi 7 will be shown at the forthcoming MWC 2018 exhibition . Now the profile resource Naijatechguide published the first picture of the flagship, or rather its back cover.

If you consider that we really have a photograph of Xiaomi Mi 7, then the appearance of the device is not surprising and very similar to the company's previous flagships. The picture shows a curved back cover (which is unclear from what is made), a horizontal double camera with a double flash in the upper left corner, a round fingerprint reader in the middle and a logo of Mi. 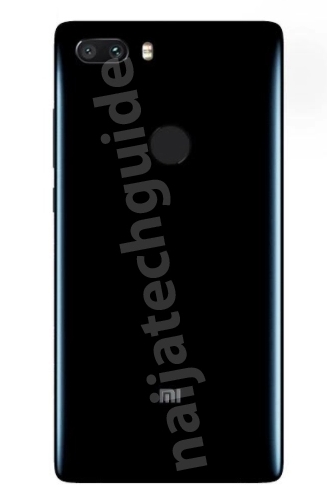 Xiaomi Mi 7 will be equipped with an AMOLED screen of 5.8 inches with an aspect ratio of 18: 9 and a protective glass of Gorilla Glass 5. The heart of the flagship will be Snapdragon 845. The processor will be powered by 6 or 8 gigabytes of RAM and 128 or 256 gigabytes of internal memory, depending from the version. The main dual camera will receive two 19-megapixel modules with an aperture of F / 1.7 and a four-fold optical zoom. The front camera will be equipped with a 16 Mp image sensor. During the work of the new items the battery responds to 3950 mAh. Managing the work will be MIUI 9. The price is still unknown.