On Tuesday, in Kiev, Fly Technology, the official distributor of DJI in Ukraine, presented the new compact drone Mavic Air.

The camera can shoot 4K video in 30 frames and take panoramic pictures of 25 images. There were special patterns of behavior for shooting beautiful passes. Now you do not need to build a flight trajectory - Mavic Air will do it yourself. The recorded video of the drone can be stored in its own storage for 8 GB. 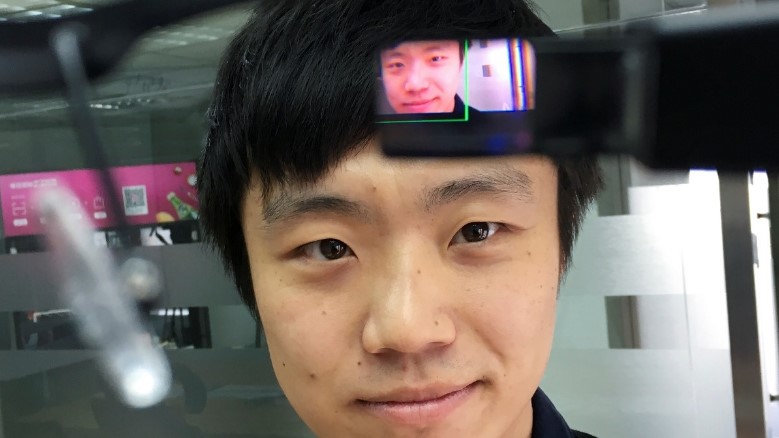 Mavic Air has learned to follow this goal and carry out commands, following the person's gestures. This is assisted by seven cameras located throughout the body. With their help, he also flies through various obstacles. The only condition for the normal operation of the sensors is sufficient lighting. 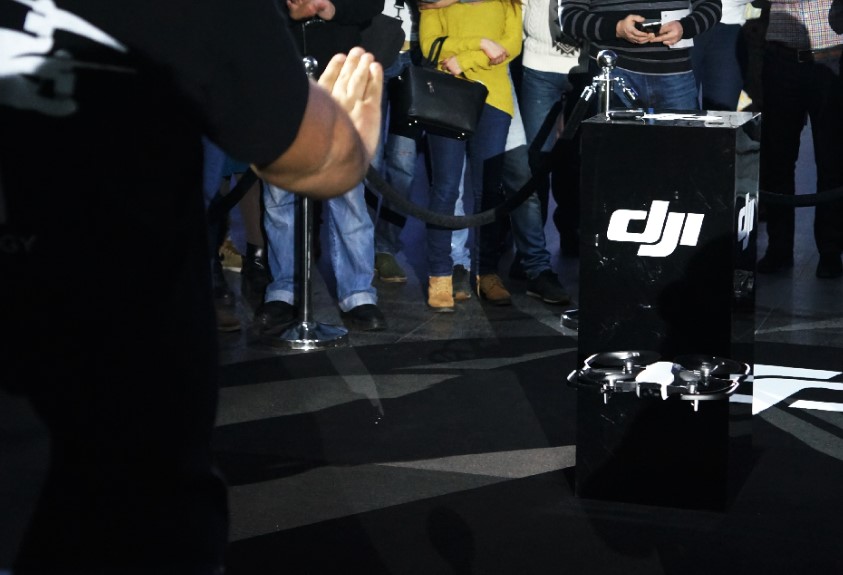 Mavic Air has two flight modes: sporty and normal. In the sports drone, it accelerates to 68 km / h, but does not "see" the obstacles. True, he will not be able to fly far away: the battery charge will last for 21 minutes of flight, for a distance of up to 4 kilometers (the signal from the control panel will not "get" further). Normal mode is designed for fans to shoot beautiful landscapes, selfi and other useful photos and videos.

For the base set Mavic Air DJI ask 25 870 hryvnia, which is 110 euros cheaper than in Europe . The kit consists of a drone, cover, controller and charger with interchangeable blades. Professional "pilots" recommend taking Mavic Air Fly More Combo, which will add two batteries, blades, and a second cover. 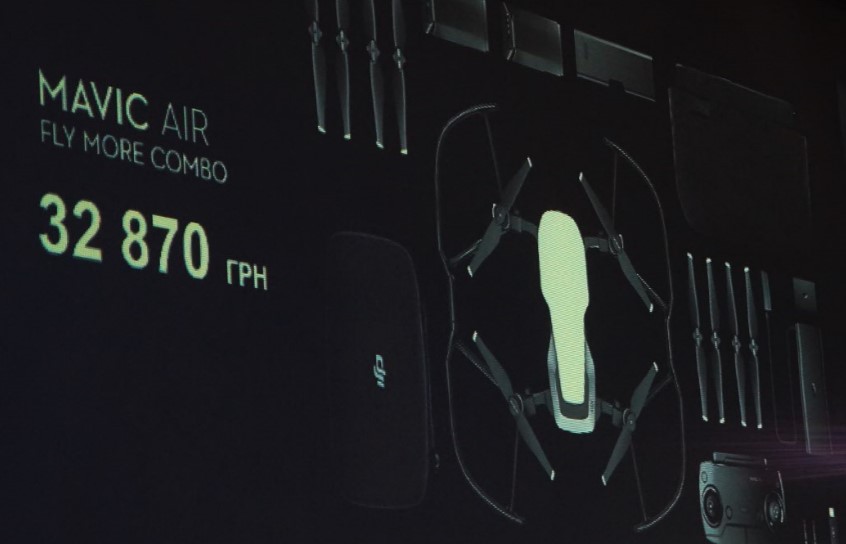 Among the accessories are filters for the camera, car charger and helmet DJI Goggles. It will serve as the second monitor in which everything that the drone sees will be displayed.

At the presentation showed the white Mavic Air, but on the shelves will come three colors: black, white and red. Sales will begin on February 7, pre-order Mavic Air can now. 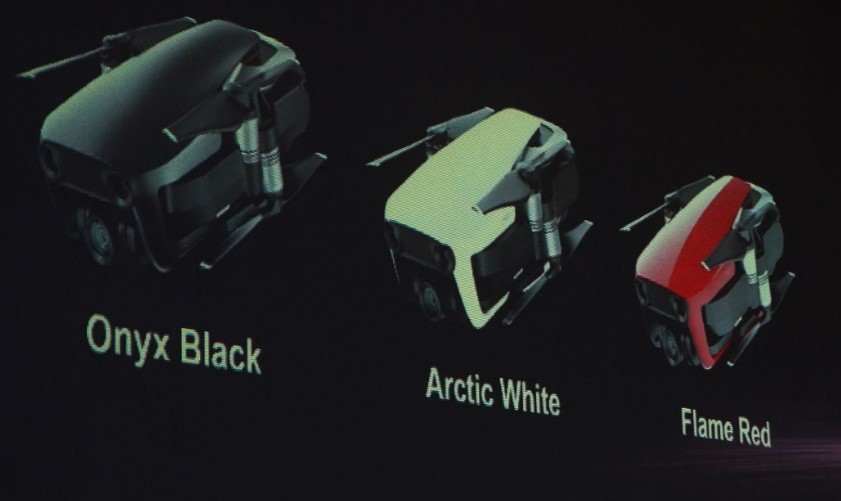