Sony Interactive Entertainment is working on new controllers with motion capture. Patents of two devices were noticed by journalists of VR Focus .

The first device looks like a modified Move-controller, which Sony released in 2010. This is the same vertical controller with a stick and action buttons at the top, as well as a trigger under the index finger. Inside the controller there is a mechanism for tactile feedback. 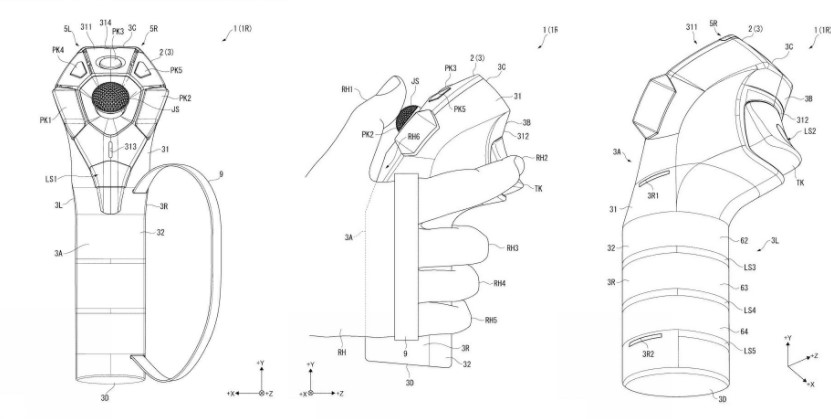 Over the past 11 months, Sony's virtual reality helmet sales have jumped dramatically. So, in the middle of February 2017 915 thousand devices were sold, and by December the figure reached 2 million. Apparently, this spodviglo Japanese to continue the development of technology.