Despite the large prevalence of Android-smartphones, Google, still, grazes the back. The share of the smartphone market is shared by Samsung, Apple, as well as Chinese manufacturers.

Yet Google is trying to

Despite this state of affairs, the company doubled the sales of Google Pixel. In 2017, 3.9 million people became happy owners of the "pixel", which is twice as much as in 2016. This is not enough to compete with leading vendors, but Google has every chance. 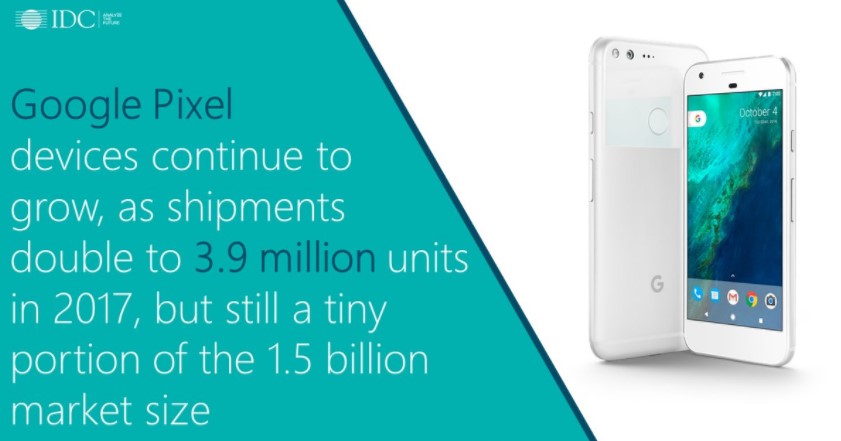 The newcomer in the smartphone market Essential can not boast of high sales. "Required" smartphone Andy Rubin sold in a circulation of 88 thousand devices in the first six months since the release.

It is noteworthy that the reissue of the Nokia 3310 went much better around the world - 59.2 million devices.

Recall that in 2017 the leader in the smartphone market remained Apple. The company sold 77.3 million iPhones, while Samsung only 74.1 million devices. In third place settled Huawei and its 41 million sold smartphones.