Xperia XZ2 Compact passed the test for performance in Geekbench

A compact version of Sony's upcoming flagship has passed the performance test in Geekbench.

According to the image, the smartphone appeared under the number Sony 90QB16R and in the single-core test scored 2367 points, and in the multi-core - 8255. The performance of the novelty will be the top processor Snapdragon 845 and 4 GB of RAM. In addition, the smartphone runs on the new operating system Android 8.0 Oreo. Also, according to the latest information, the XZ2 Compact will be equipped with a 5-inch screen. 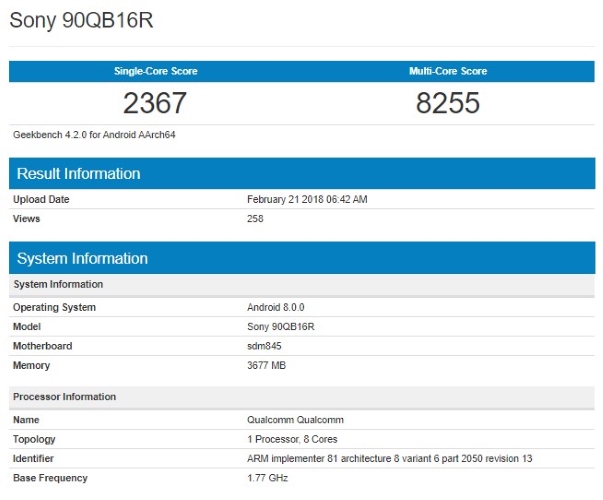