Vice President of Lenovo Group Chang Cheng announced the imminent presentation of the company's new smartphone. On his page in the social network Weibo, Mr. Cheng said that the announcement of the device will be held on March 20, 2018. To the message he attached the advertising teaser of the event.

The advertising poster does not provide any additional details about the future smartphone, except for the already known date of the presentation. According to rumors, it will be a model of the Lenovo S5. With this not released smartphone, Chang Cheng published a presentation message and other posts. 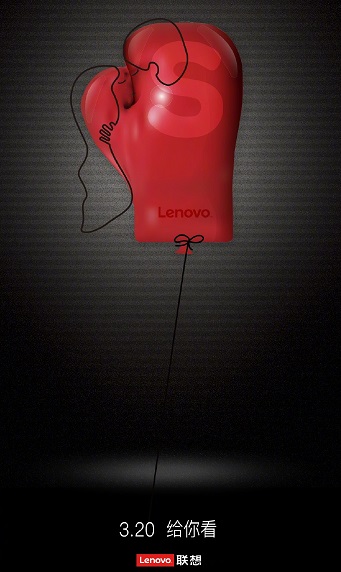 Other data, say that the Lenovo S5 will receive a thin shell, a shell company ZUK called ZUI Android and a huge battery for 6000 mAh. So it or not, we'll find out exactly in two weeks, at the future event of Lenovo. 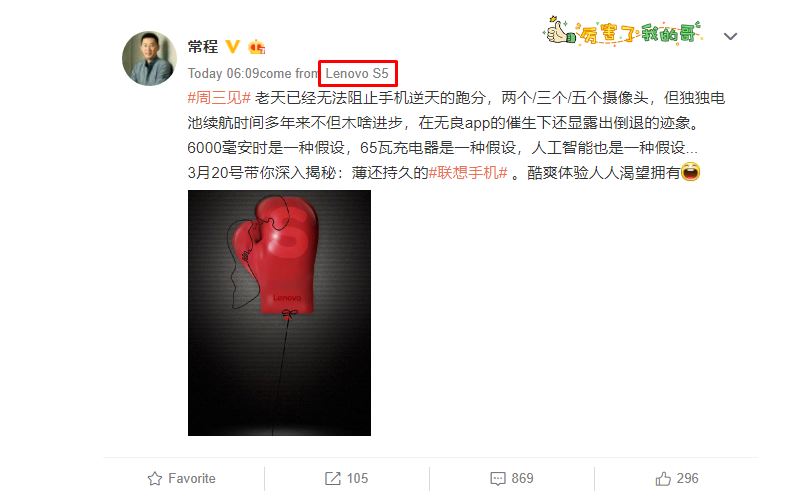