A group of activists from   Stanford University created the organization " students against dependence on   gadgets " and   went to fight under Apple stores. The students set up a tent city under the Apple store in   Palo Alto where they shouted something in   spirit, " remove people from   ayphonic needle " .

They demanded that Apple seriously take up the   the problem of dependence on   smartphones. According to a lot of researches of recent years, smartphones that know almost everything are literally tied to   its owner. So much so that the habit of constantly checking notifications can even affect   chemical processes in   brain. A   Apple, which is the most popular smartphone manufacturer in   world, by   the opinion of the strikers frankly ignores this problem. 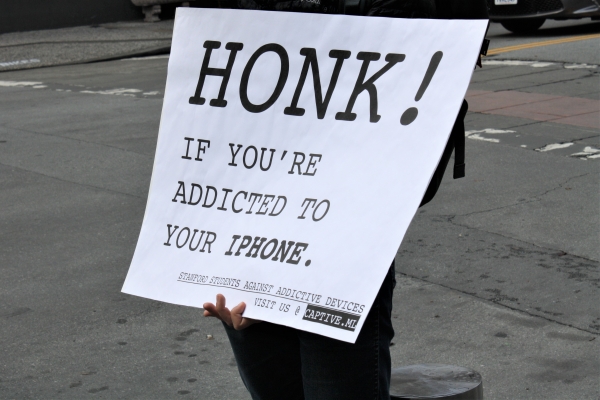 What solutions are offered

It's strange that the students went on strike to Apple stores, although   Stanford seems to be learning how to solve problems on   higher level. In this case,   it is quite clear what solutions the strikers offer. One of   options was to add to   iOS blocker only on   light. Such a simplified regime, in   which features of the smartphone will be limited by the possibilities to call, write messages and   to Work with   camera. Why should I buy an iPhone?   - this is another question.